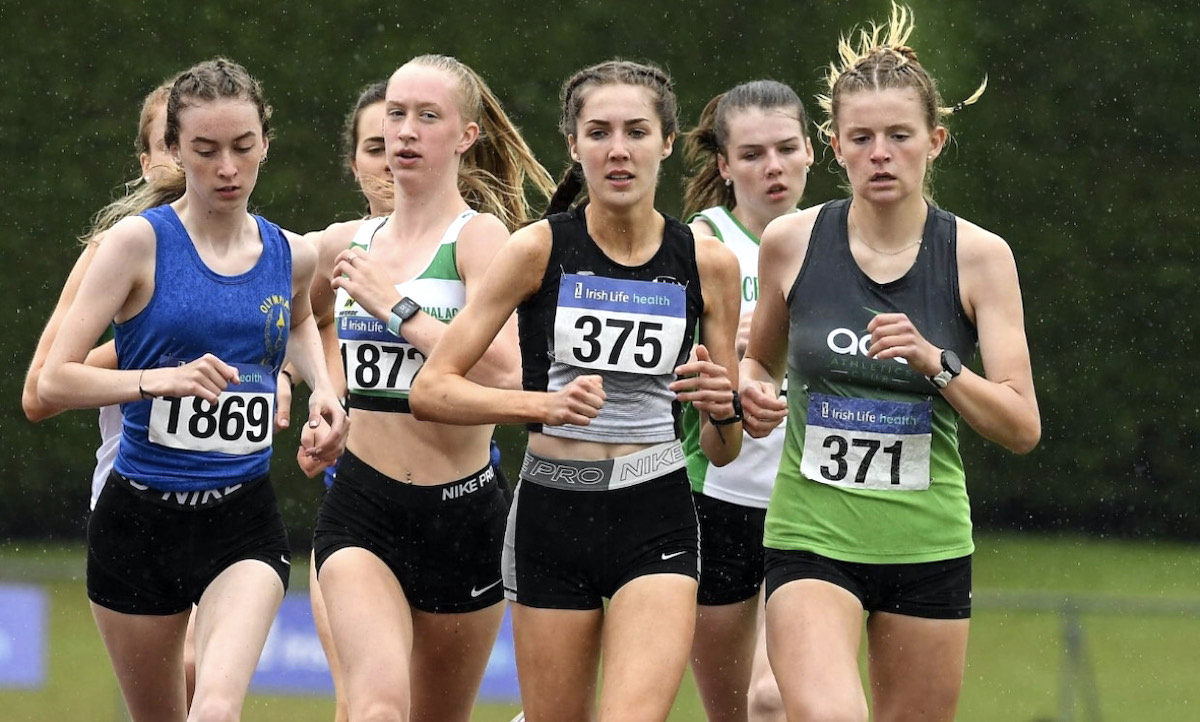 In the run up to the Spar European Cross Country Championships in Fingal-Dublin this weekend, we take a look at an exciting young athlete from Northern Ireland.

Seventeen year old Rebecca Rossiter had a superb run at the trials held at Santry two weekends ago and was rewarded with a place on the ladies U20 team.

A week later and she was in action again at the Malcolm Cup cross country in Belfast. Shadowing the leader around the first two laps of the Senior ladies race, she then launched an amazing surge for home, winning by a huge margin.

The really incredible thing is that Rebecca only began running in 2019. She had been in a swimming club for seven years and also played netball at school. She still enjoys badminton.

Happiest on the track

As keen athletics fans in Northern Ireland will know, Rebecca also competes on the track. She had a great win back in August in the Athletics NI open meeting over 1,500m.

“1,500m on the track is my favorite event,” she says, “But I also enjoy other distances like 3,000m and this year I have really enjoyed cross country.”

Rebecca is a member of Loughview AC and she is coached by Andrew Han. She trains both on her own and in a group. “I love catching up with my running friends and just having a bit of fun,” she is happy to admit. It is nice to see how relaxed Rebecca is about her running and recent success. She is confident in her ability without putting pressure on herself.

“My aim is just to relax and enjoy my sport and to see where the hard work takes me.” she said. “One day I also would love to have the chance to go to the Commonwealth Games. I also want to keep chipping away at my 1,500m PB.” Rebecca’s current PB is 4:27 with her 800m time being 2:12.

Inspiration from the top of the game

Rebecca and her dad have loved watching the running career of Laura Muir develop and they found it an emotional experience seeing her getting the Olympic silver medal this summer.

Locally, Rebecca is a great admirer of Katie Kirk and rejoiced to see her break her 800m PB recently and set a Commonwealth Games consideration standard. They also share another common interest… Food and hospitality!

“I love cooking and baking and if I am not running you most likely will find me in my kitchen. I love baking for family/friends and love cooking my family surprise dinners.

My new love at the minute is making Dhals with homemade flat bread. I also like making lasagnas, pasta dishes, bread and pastries. Everyone around me knows that I LOVE pesto pasta with roasted pine nuts and mushrooms, peanut butter and toast with avocado along with a poached egg and smoked salmon (with a drizzle of sweet chilli sauce – a must !!).

During every competition away from home I always bring a wee suply of peanut butter with me. I still haven’t seemed to get bored of it yet and love putting it on a bagel/rice cakes with a banana and a dash of cinnamon.” It is easy to see how sport and nutrition could well play a big part in her future plans. “I am not sure yet, but wouldn’t mind studying a career in teaching/food and nutrition for athletes. I would be keen to go to UCD (University College Dublin).”

2021 has been an amazing year for Rebecca so far and she would never have dreamed of such success when she began running just over two years ago.

What are her highlights? “Coming second in the UK school games in the 1,500m was such an achievement for me and also going to my first ever trip away from home with the Irish team to France to compete, again in the 1,500m. I also was happy with my first ever experience going to the London mini marathon and placing 5th which was a big eye-opening experience.”

Hopefully this will just be the beginning of something very special for Rebecca, with much more success to come. Watch out for her in the European Cross Country Championships in a few days’ time. One more cake picture because… why not?