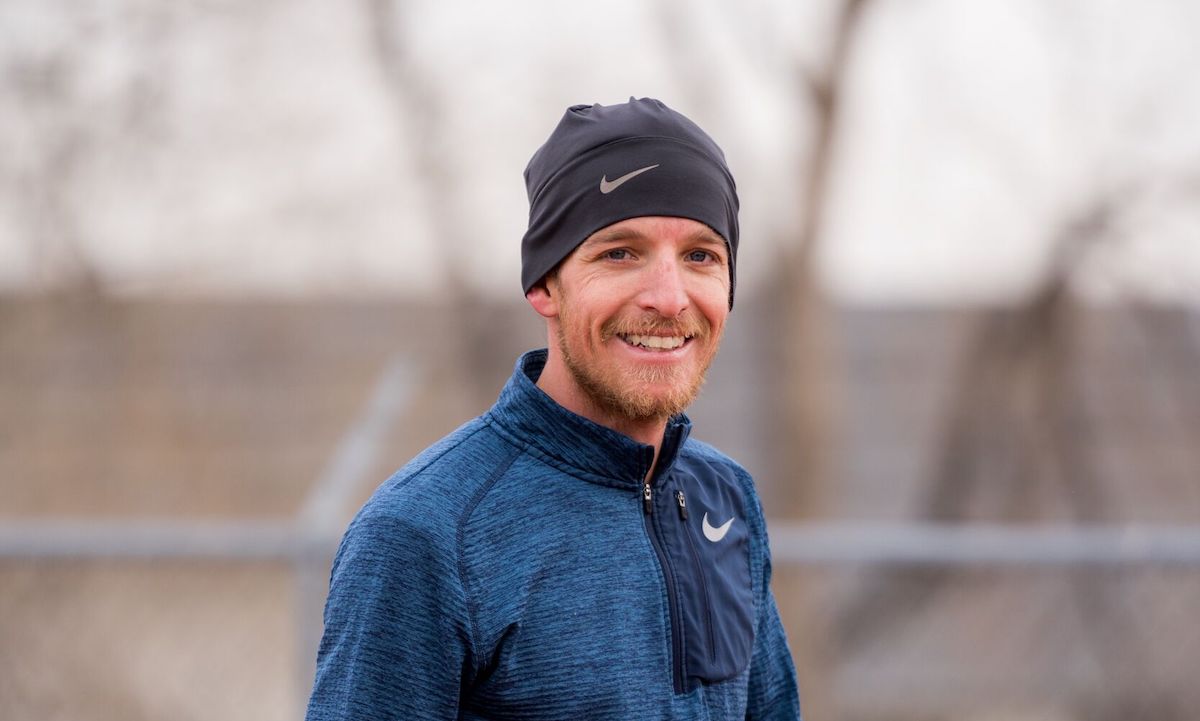 US athlete Andrew Bumbalough announced his retirement from professional running on Monday this week, the 33-year-old bringing the curtain down on a career that saw him race at an elite level from the 1500m to the marathon.

In 2019 he clocked 2:10:56 to finish 12th in the Chicago Marathon. Below is a Q&A with Bumbalough about his decision and what the road ahead will look like.

How have things been this week since you made the announcement?

I knew it was coming so it wasn’t a surprise to me, but the reaction still takes you by surprise. Yesterday was full of text messages and phone calls and things like that, so it’s been a little crazy.

When did you make the decision?

At some point over the summer I started to think about it. With how the [US Olympic Marathon] Trials went, I felt like things were set in place.

The Trials had been my focus for the last four years, and what happened after I didn’t really have a plan for. If I made the team I obviously would have gone to Tokyo, but that was the focal point and end point for what plans I had. I dropped out, and I was hoping to pivot after that and run another race, to use the fitness in another marathon, but then Covid started to make its way into North America and things started to unravel with any race plans.

With the Boston Marathon cancellation and everything cancelled into the Fall, I didn’t have anything to train for. A lot of my teammates were on the track but I’d moved along from the track, so it gave me a chance to think about what I want to do with my life now and with my future.

Around the summer was when I really started to consider it seriously, but it became a little hard to let go moving into the fall. I wasn’t ready to make an announcement until this year.

Were you still running throughout the fall and planning to target any races?

It was more maintenance, keeping the options open. I was definitely not training properly, I told Jerry [Schumacher] I was taking a step away, doing running on my own terms. I was still running a decent amount, and I still am, at least five days a week. But in the summer I was cycling a lot, something I always loved doing, and that’s been a nice outlet.

I’ve been getting out into the mountains and doing some hiking, trail running, other forms of exercise that I typically wouldn’t do during a focused training cycle.

You recently launched Highgear Running, which offers personalized coaching for runners at various levels. How did that come about?

I did a project for Nike that connected me with some athletes and the athletes I was working with were CrossFit, multi-sport athletes.

One of them approached me and wanted to work on improving the running aspect of his training and he didn’t know how to start. His goal was to run a five-minute mile; he was a big, strong guy, and it was a lofty goal for him. He wanted to squat 450 pounds and also run a five-minute mile so I thought that was a really interesting problem to solve, how to help him work towards his goal.

I don’t think I wanted to coach full-time, and I still don’t, in terms of it being my sole career path, but that experience led to the ideation of Highgear and what that might look like.

Is that your primary focus now?

In 2014 or 2015 I started to work with the innovation team charged with developing the Next% footwear line so I was at ground level, in the weeds with them, being one of the athlete voices in what became the 4%, the Vaporfly, and the Alphafly, and I still have a voice with that team. I did some work with them into the fall; that was my main thing over the summer and fall.

What I really hope to do full-time is work in footwear in the sports industry.

As you look back, what are some of your best memories you’ll take away from your pro running career?

One of the things I’m most proud of, and something that’s bittersweet, is that for five years, from 2010 to 2014, I was in the top five in the 5K at the US Championships.

I was third once, second once, one year I was fourth. In 2011 I got to go to the World Championships – I was an alternate and it was because of an injury to Chris Solinsky – and in 2012 I was a couple of seconds off making the Olympic team. I’m proud of being one of the most consistent athletes in the US at 5000 meters, but unfortunately with how deep the US was getting during that time, a couple of juggernauts in Bernard Lagat and Galen Rupp were at the top, and it seemed for a lot of that time there was only one spot to go after.

“But that’s the beauty and the cruelty of our sport”

That run of five years is something I’ll take away and be very proud of along with, later in my career, making a successful transition to the marathon.

My first couple of races were OK, they weren’t great, but I started to learn the event and one moment I’m really proud of is being fifth at the 2018 Boston Marathon in those conditions – getting through it and toughing it out.

Coming away with a top-five finish at a Marathon Major is something I feel pretty good about. I think I could be a very good marathoner, but my better strength was on the track so to make that transition and run a big PR [2:10:56] in Chicago in 2019, having that range of being a sub-four miler who’s run 3:37 for 1500 and 2:10 for the marathon gives me a lot of pride.

While you will no longer be a professional runner, do you think there will still be races in your future?

I’m not ready to close the door on the idea of racing. It’ll never be the same in that running won’t be the primary focus of my professional life so it’ll have to look different. But other athletes have shown it’s possible at a very high level to have a professional career and also be an elite runner.

I haven’t made a decision on what that looks like. I know I owe nothing to anyone other than myself, so that decision would be totally due to my own desire, but over the last month or so my desire to add some more organization to my training has been there, and my body feels really good. It feels really fresh.

I’ve been running five days a week, 60 miles a week, half of what I usually do. I’m only 33, I’m not super-old, so it’s very possible that with the right circumstances going after a Boston Marathon or a New York City Marathon or some road racing is out there.

I’ve also met some people very into ultra-running and trail running and they are pulling me to do something there, but I don’t know if I have much in me over 50K. I could see myself doing something off-road over a shorter distance.

A little bit of everything
Are ultra-marathoners just mentally tougher?