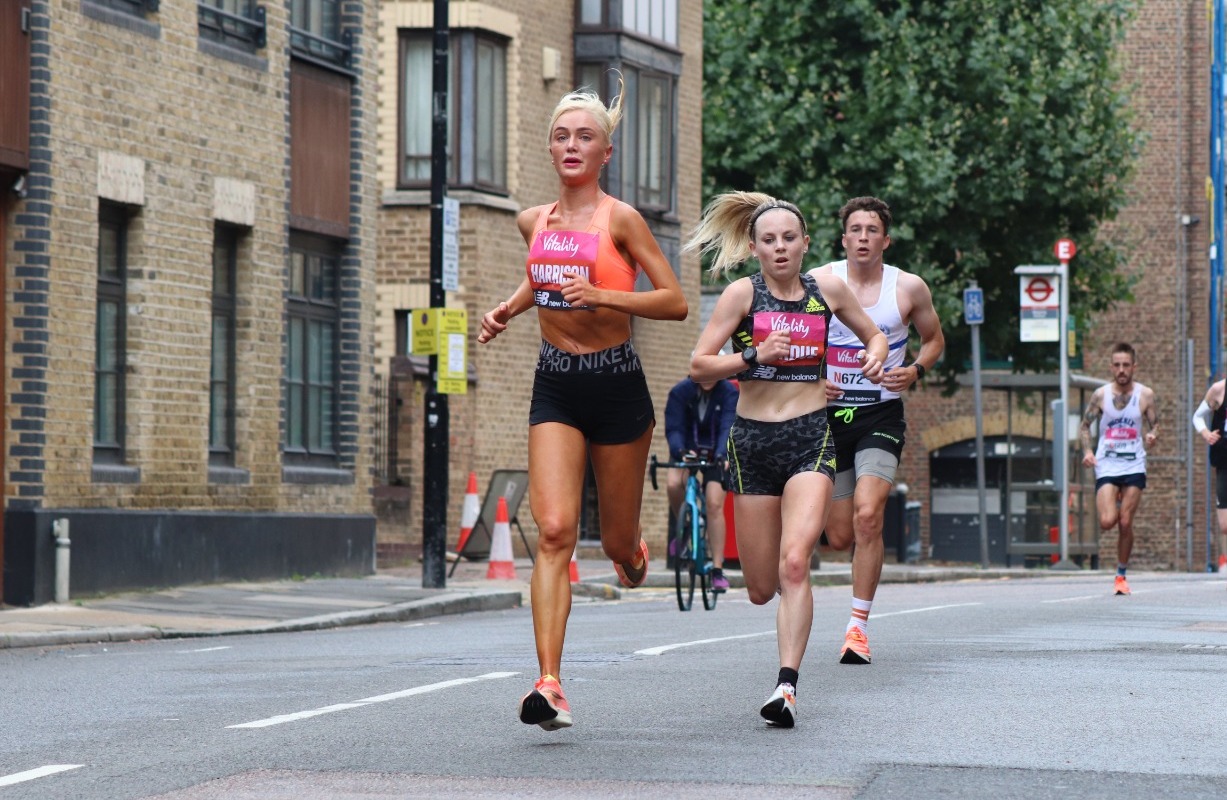 In the first of a series looking at the training philosophy of Italian coach Renato Canova, Matt Long talks about the work of Team GB’s Sam Harrison with her coach Vince Wilson.

The purpose of this series of articles is not to give a detailed account of the famed Italian Renato Canova’s approach to periodisation. Those who want to understand his approach to the ‘General’, ‘Fundamental’ and ‘Specific’ stages should consult Arceli and Canova (1999). This being said for the uninitiated the following offers a small insight into his coaching achievements.

Canova began his involvement with the Italian athletics federation way back in the early 1970s. He has proved himself a world class coach through the success of his athletes on then international stage over more than four decades.

Most notably back in the 1980s along with Luciano Gigliotti, Canova worked with Gelindo Bordin, who became the 1988 Seoul Olympic marathon gold champion as well as bagging two European titles in 1986 and 1990.

Following his nurturing of the Italian national marathon team, a decade and a half or so later, Stefano Baldini became the 2004 Athens Olympic marathon champion and like his forerunner Baldini, he was also a double European marathon champion in 1998 and 2006.

Canova achieved massive success a decade ago at the London Olympics in 2012 with his athletes Abel Kiriu and Wilson Kipsang Kiprotich taking silver and bronze respectively, along with another bronze medal over 5000m for Thomas Longosiwa behind Mo Farah of course. More recently the Italian guru’s staggering successes have continued with the likes of Sondre Nordstad Moen who set a European Marathon Record in Fukuoka of 2:05:48 in 2017 and that same year, once again in London, Geoffrey Kirui took World Championships marathon gold. This series looks at for modes of training advocated by Canova and asks you to consider when and how you could utilise them in your own macrocycle of training. They are as follows:

In this first piece we address Progression Runs, which for Canova (1999:50) is, “a continuous run in which the running speed is not constant but increases progressively during the same exercise”.

Canova (1999: 50) continues that, “Usually the run is divided into 2, 3 or 4 fractions each of which is performed at a constant pace but the speed is higher than the preceding fraction”.

‘So what, I already do progression runs?’ I hear you protest. Hold fire! Where the work of Canova may be of use to you is in his threefold typology of progression runs. They are as follows:

These should be between 20-40 mins in duration and effected between 102% of marathon race pace at the beginning of the run and up to 108% by the end of the session.

These are framed as being between 45 and 60 mins in duration with the speed getting progressively faster between 95% and 105% of marathon speed.

These are cited as being useful for the general preparatory phase of training associated with aerobic base building. They tend to be effected between 60 and 90 minutes in duration and unlike (1) and (2) tend to be between 85% and 100% of marathon race speed and not faster. In faster progression runs it can be hard to get the athlete in focus. Photo: Tom Craggs

Coach Vince Wilson has worked with Sam Harrison, who represented Team GB at the European 10,000 Cup last summer, since 2019.

“Canova was right to grade progression runs” says Wilson. “Sam and I use them at different points of the periodisation cycle. After she ran the London marathon last October, (where she placed 16th in 2hr32m) for example, we wanted to refocus on the 10k after her recovery.

So she’d do a 3 mile progression run starting off at 6m10s for the first mile, then down to 5m40s for the second mile and finishing off around 5m00s for the final mile. When you think about it this session is quite difficult when you are still trying to get a marathon out of your legs”.

Retaining the aerobic gains made during marathon training is something which the former England and Team GB middle distance athlete himself clearly believes has helped Sam to go on and run a 32m07s 10k PB in winning at Telford in December.

“You don’t fill a bath up with water whilst at the same time pulling the plug out. What’s the use of having a big aerobic tank with a giant hole in it?”.

So aside from the retention of aerobic gains what value is a progression run for Sam, who ran in the World Half Marathon championships in Poland in 2020?

Vince continues that, “Its very much a transitory session which bridges between building aerobic endurance and speed endurance. Its better than doing say 3 x 1 mile reps because its continuous nature means its inevitably more aerobic”.

So clearly the above would be variation of what Canova would term a fast progressive run but does Sam ever do longer progression runs?

“Sam will be running 12 miles this winter in progressively faster blocks of 4 miles, for example beginning at 5m50s per mile, moving on to 5m20s per mile and then culminating in 5m10s per mile. She can do a session like this every 20 days or so and its much better than going out and doing a simple steady 15 mile run.”

So how would Sam progress this session to continue to gain an appropriate training adaptation over time? Vince asserts that, “We will move on to 3 x 6 mile as we begin the marathon block in July and eventually this will build to 3 x 8 miles”.

It’s not about going all in every hand

The man who himself was guided by the late, great Jimmy Hedley and who trained regularly in the North East with Steve Cram, signs off by saying, “I used to play poker. The analogy I will use is that in tournament poker you are looking for long term advantages and not going all in too soon as it’s all about building steadily and constantly improving even if only small amounts as the short-term rewards may be not worth the risk so patience is vital in order to eventually come out on top.

That’s the way I played the game and that’s the way I coach. Sam has a training age of just 3 years but in that time she’s never been injured because the way progression runs are used minimises the risk when transitioning between aerobic base building and speed endurance- so its like playing a good hand at poker if used wisely”.

This leaves us with the following questions for self-reflection:

Vince Wilson can be contacted through http://runningonlinecoach.co.uk/ or vincewilson800m@yahoo.co.uk
Matt Long has served as both an England Team Manager and Coach and welcomes contact for coaching support at mattlongcoach@gmail.com