Time to move on in ‘fake Turks’ saga

Turkey’s Kaan Ozbilen and Yasemin Can continued a long series of “plastic” Europeans winning those categories at the Euro Cross. The last European-born male winner was in 2012, while on the women’s side it was 2014. In fact, of the 11 senior men’s winners this century, only Paulo Guerra, Sergiy Lebid and Andrea Lalli were born in Europe.

One of those overseas-born athletes was, of course, 2006 winner Mo Farah. He arrived in Britain at the age of eight as his family were seeking asylum from Somalia and many others are here under similar circumstance.

However, what has caused particular controversy in recent years has been the hordes of African athletes transferring to countries like Bahrain, Qatar and Turkey – to such an extent that officials in these countries have been accused of “buying in” talent.

For example, Jon Brown, who won the 1996 title for Britain and who lived in Canada for many years before transferring allegiance to that country, accused the Turks of a deliberate strategy of importing Africans. These transferees appear to have no connection with the nation and in many cases don’t appear to live there – even though Can claimed after this year’s race to live in Istanbul.

Ironically, the vast majority of Turkey isn’t even in Europe geographically, although it is in the political sense and it is a valid member of European Athletics.

The IAAF reacted to all the “nation hopping” earlier this year by putting a freeze on allegiance transfers until its working body come up with new rules that are seen as fairer. However, the damage has already been done; the athletes who legitimately changed nations before this move are still free to win under their new flag.

Svein Arne Hansen, the president of European Athletics, whose comments were key in the IAAF taking their measures earlier, is now part of the group looking into a solution. His view is that we need to look forward rather than back. 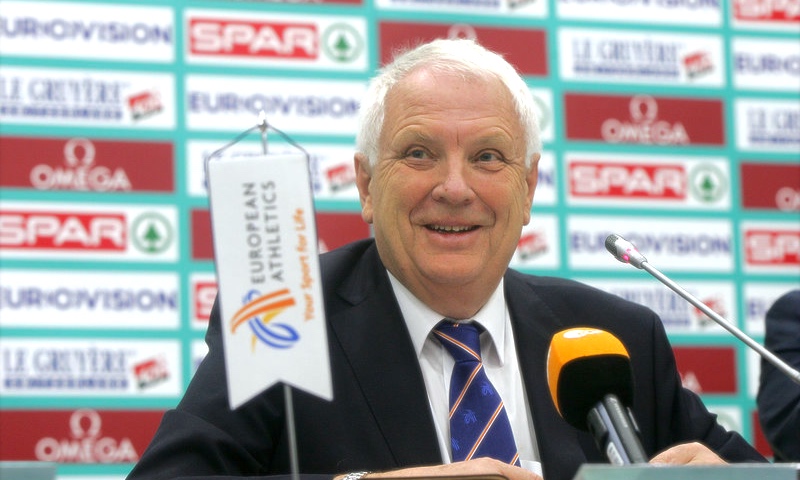 Asked about the issue the day before this year’s Euro Cross, he was keen to defer responsibility to the IAAF. Regarding Turkey, he said: “They followed the rules.”

The hold on transfer applications was continued at the IAAF’s most recent council meeting and the delay in coming up with new rules is affecting the careers of athletes with a genuine reason to want to swap allegiances.

Hansen said: “We had a meeting in Monaco (with the IAAF) two weeks ago now and Seb (Coe, IAAF president) said very clearly that if we can’t get a good ruling we will keep the freeze very very long and I’m supporting that very much.”

Is Hansen confident the IAAF can come up with a better system?

“I have my ideas (for new rules),” he said. “I have put them in. I hope [we can find a solution] because we have to be fair to everybody. There are a lot of issues – there are refugees.

“Jon Brown is entitled to have his opinion, but it’s impossible to look at it retrospectively.”

That sentiment was echoed by Britain’s Andy Butchart, who was third behind Ozbilen. “It’s done now,” he said of the Turkish transfers. “I’d just like it not to happen again. We’ll let it slip and these guys will fall off because they’re older but the generation that are up and coming, it shouldn’t happen to them. They shouldn’t be racing Kenyans and Ethiopians in the European Cross Country. We need to make sure that doesn’t happen.” 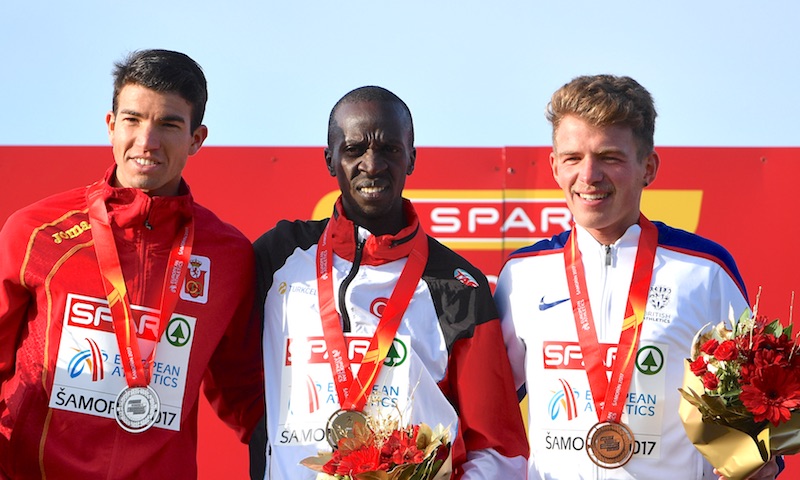 However, he added that it was creating an extra element of interest. “It brings a ‘bad boy’ nature to it rather than boring, bland athletics,” he said. “For the media, it makes the sport a bit more interesting.”

He also said European athletes should use it as an incentive. He said: “The European Cross Country isn’t the be-all and end-all. It means a lot to get a medal, but there’s a lot more to things and when it comes to it at the Olympics and the World Championships you are racing them and you have to beat them so why not do it here as well?”

The damage has already been done and it is time to look forward. Athletics is not the only sport that has issues with its exponents switching nations, yet we seem to want to make more of a deal with it than any other sport. Indeed, it has been noted in cricket, with one story 12 months ago stating that out of the 675 players to have appeared for England in Test cricket, 66 were born overseas.

However, in the major sports, the negative stories like this tend to be drowned out. Athletics isn’t big enough to make headlines for the performances or characters except when the Olympics are on, but drugs and controversy are always big news.

So let’s not add fuel to fire. It is a farce, but the damage has already been done. Let’s look ahead. It’s time to read about who Kaan Ozbilen and Yasemin Can really are and their performances, rather than what country they used to represent.