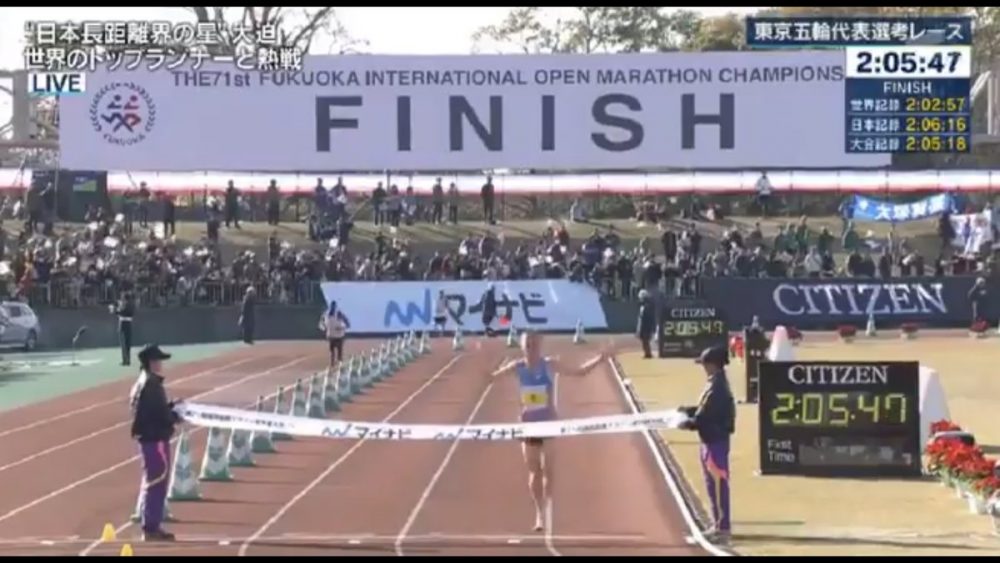 Moen clocked 2:05:48 to become the first European ever to break the 2:06 marathon barrier.

Heading into the race Kenyan Bedan Karoki was the favourite but the impressive Norwegian broke away with 6km to go to record negative splits of 63:19 and 62:29 en route to his historic victory.

Moen’s performance sees him become the first European winner in Fukuoka since 2005 and his time was also 30 seconds just outside Tsegaye Kebede’s course record.

“I was confident that I could run 2:07, and on a good day perhaps even 2:06, but I did not expect 2:05,” Moen told the IAAF after the race. “Today the weather was good and the pacers did a very good job. I had lots of energy in the closing stages of the race.”

Less than two months ago, on October 22, Moen moved up to third on the European all-time lists for the Half Marathon when he clocked 59:48 in the Valencia Half Marathon. His time was also the second fastest ever by a European on a record-legal course after Mo Farah’s European record of 59:32 set in Lisbon two years ago.

“I knew that the European record was about 25 seconds faster than three-minutes-per-kilometre pace,” Moen went on to say. “Between 36 and 37 kilometres, I felt some side-stitches and so did not feel very confident, so I tried to keep an even pace. At 40 kilometres (which he reached in 1:59:23), I felt confident that I could break it.