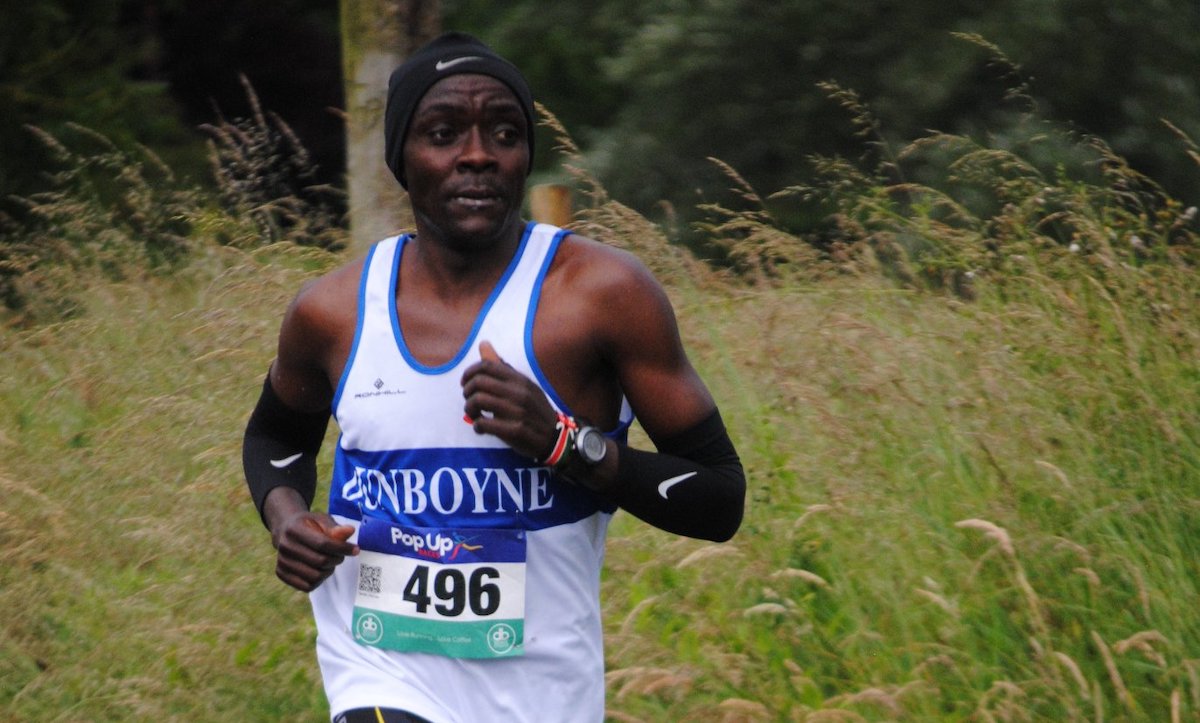 The weekend report from Lindie Naughton covers road, mountain and track racing from home and overseas, including a strong run from Zak Hanna in the Italian Alps.

On Thursday evening, he was a clear winner of the Carton Trails 6km in Co Kildare, leading home 250 finishers in 19 mins 43 secs. Three days later, he travelled north to Co Tyrone where he was again the clear winner at the Galbally 5-Mile in 24 mins 51 secs.

Kerry O’Flaherty of Newcastle and District AC was with and first woman at the Galbally 5-Mile in 28:58. Winners of the associated 5km were David Graham of Mallusk Harriers and DEarbhla Cox of Annadale Striders.

In Co Donegal, Inishowen AC’s Liam Bradley, now and M50, was the winner of the Dunlewey Festival 5km 16.46, held in the s shadow of Errigal Mountain on Thursday evening (July 28) First woman was Fionnuala Diver, formerly of LAC and now competing for Rosses AC. Her time was 18.55.

That same evening, Raivis Zakis of West Waterford AC in 16:45 and Kealey Tideswell of Clonmel AC in 18:29 w2ere the winners at the Clogheen 5 mile.

Letterkenny AC’s Noeleen Scanlan was first woman in 16.56, juts two seconds ahead of her club mate, Nakita Burke. The evergreen Maria McCambridge of Dundrum Sought Dublin and and ex-Letterkenny AC members continues to defy the years finishing third in 17.19.

Also on Friday evening , a good crowd of almost 350 turned out for the annual Kinsale Regatta 5-Mile, where Vivian Foley of Eagle AC was the winner in 25:14. Leevale AC’s Gavin O’Rourke was a clear second in 25:22 and Hannah Steeds of Clonmel AC first woman in 28:57.

Also on Friday evening , at the Birr 5km, part of the Offaly League, Mick Fogarty of Ferbane AC was the winner in 15:01, followed by Michael Murphy in 15:20,. Siobhan O’Doherty of Borrisokane AC was first woman in 17:36, with Forbade AC’s Denise Egan second in 17:36.

A close finish at the Banna Run 5km in Ardfert Co Kerry on Sunday (July 31) saw Matthew Glennon of Mullingar Harriers and Darragh O’Leary of Killarney Valley AC given the same time of 16 mins 14 secs.

First woman was Suzanne Neilan of An Riocht ACX in 18:41. In the associated 10m, Oisin Murray and An Riocht AC in 33:17 and Susan Glennon of Mullingar Harriers in 41:40 were the winners. They said the race has a strong field, but we didn’t think this is what they meant. Photo: Lindie Naughton

Running Is The Business!

Ian O’Reilly and Laura McDonnell were the winners of At the inaugural South Dublin County Council Sports Partnership BHAA 6km in Kiltipper Park a new venue near Old Bawn in Dublin.

O’Reilly, running as an individual, pulled away on the second of two hilly laps to finish in 20 mins 38 secs. Peter O’Toole of CitiBank was second in 20:44 with O’Donnell third in 20:44. Women’s team winners was the Revenue team. In the men’x grades, Teaches won B, ESBB the BB grade an Eir D. No A grade teams had entered.

A day later at the Depuy Synthes 4-Mile on a new course which took in the Haulbowline Island Recreational Amenity, Tony Forristal and Michelle Kenny were the winners.

Forristal of Midleton Collective had a clear victory, clocking a time of 21 mins 20 secs. Second in 21:41 was Michael Corbett of Flextronics who was also first M45, while seen second behind for third place was Nick Hogan of UCC in 21:48.

Kenny, representing the Department of Education, finished first woman in 24:09. Linda O’Connor of Musgrave was second woman in 25:13 and Meadhbh Moynihan of Complete Financial third in 25:26.

In the A grade team category, UCC was first of the men and Musgrave best of the women.

Efrem Gidey of Clonliffe Harriers continued his preparations for the European Championships by winning the 5000m in a time of 13:56.52 at the CAS Meeting International, in Schifflange / Luxembourg on Sunday (July 31).

On Saturday (July 30), the opening Day of competition of the Commonwealth Games in Birmingham, Kevin Seaward of St Malachy’s AC finished a brave ninth in the men’s marathon clocking a time of 2:16.54 for the twisting hilly course. One place behind in 2:17.2 was Stephen Scullion of Clonliffe Harriers.

In the women’s race, Sinead Diver from Co Mayo, running for Australia finished fifth in 2:31.06.

“Nice to be wearing the Newcastle AC vest in an international race for a change,” said Hanna afterwards.