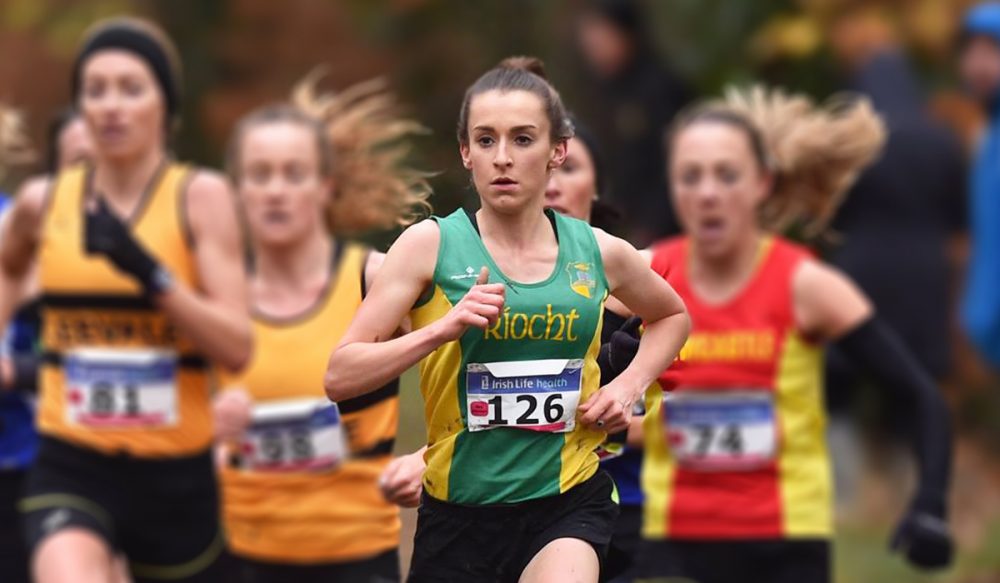 Shona Heaslip may only be three years in the sport of athletics, but on Sunday in Samorin, Slovakia (December 10), she aims to help the Irish team win a medal at her fourth outing in the European Cross Country Championships.

After leaving her mother behind and finishing fourth, she met many times Irish masters champion Niamh O’Sullivan who became her coach. A few months later, O’Sullivan suggested that the pair of them make a trip to the Intercounty Cross Country Championships in Dundalk.

“All I remember is a savage steep hill. At the finish I was given a white envelope because I was fifth under 23,” Heaslip tells Fast Running. “I was told I had a good chance of making the Irish team for the European Cross Country. I hadn’t even known that the race was also an U23 trial!”

She duly made her Irish debut at the European Championships in Bulgaria. “It was at a whole different level – it was brilliant, even though I hadn’t a clue what I’d let myself in for. The race was at altitude and the girls were telling me that breathing might be a little bit difficult,” she says. “I didn’t know what they were talking about! The race nearly killed me, but it gave me the taste for racing at that level.”

A year later, she was first under 23 at the Irish nationals and again made the Irish team finishing 33rd on a tough course in Hyères on the French Riviera. Even more crucially, she was inspired by a senior Irish team, led by Fionnuala McCormack, who took bronze medals.

Last year, Heaslip, in the absence of Fionnuala McCormack, won the national cross country title to the surprise of many. She then went on to make her senior team debut at the European Championships in Italy and over the longer 8km distance, she finished 59th and fifth of the Irish, with the team managing sixth place.

The An Ríocht athlete returned to Abbotstown in November and successfully defended her national title – this time it was no surprise. 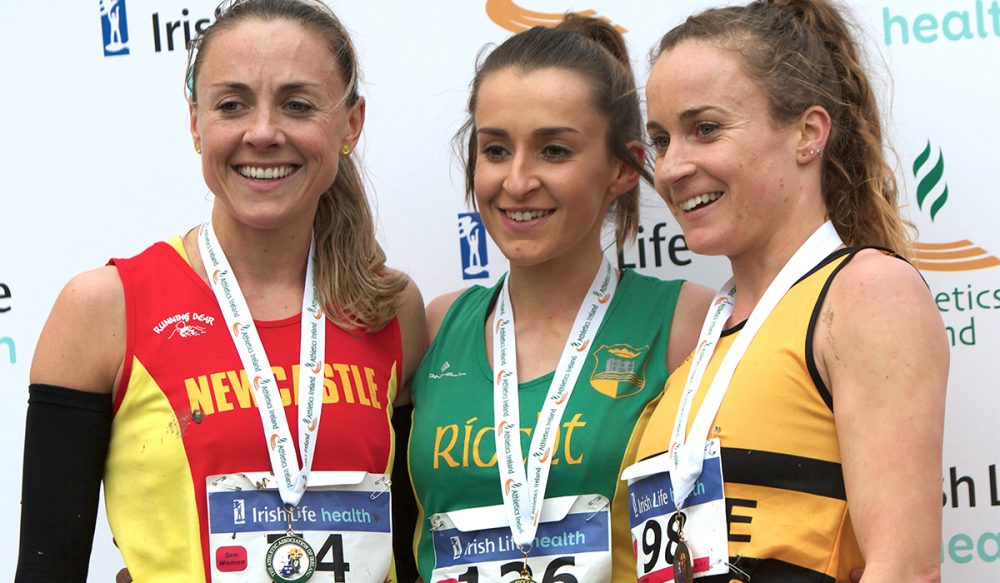 Heaslip puts her strength, both mental and physical, down to the long years she spent as a competitive Irish dancer. “I started dancing when I was three and a half. My mom and dad danced and so did my cousin who’s the same age as me. We went to all the competitions together,” she explains. “But it’s very political and I got a lot of knocks. You might be the best dancer in the competition, but your marks would depend on where you came from and who you know.”

The final straw came at the World Championships of 2014 in Boston. “I was in the world’s top ten at the time and I got top marks from all the judges except one who didn’t even put me in the top 50. I was devastated but I had no plans to retire; I’d even ordered a new costume. But one day I came home from a class and burst into tears. My mother was really concerned about me and I was worried that I’d upset her, because it was her world and her social life too, with all the travel and everything.

“She was brilliant – she told me if I wasn’t happy I should give it up. But she warned me that I wasn’t to sit around doing nothing and encouraged me to come out jogging with her.”

Her first ventures were on a local stretch of path called “The Skinny Mile”. “I hated it, I really hated it! But my mom kept at me and suggested we run the Tralee Festival race together.”

Looking back, she thinks it was fate. A few years earlier in her Leaving Cert year, she was looking forward to a tour of China with an Irish dancing group when she finished school. It didn’t happen. “If that show hadn’t been cancelled, I probably wouldn’t have taken up running. Everything happens for a reason.”

She still loves to dance and, from April to October, puts in two nights a week at the Celtic Steps show in Killarney, but the top priority in her life now is athletics. She’s living at home, teaching swimming classes to children in Tralee and studying for a masters in health and leisure, which she hopes will lead to a place on a physiotherapy course in a few years time.

Her aim is to make “not just one Olympics but a few” and is looking at her career long-term. “The reason I’m running well at the moment is that I have another year of training under my belt,” says Heaslip, who trains with a group that meets twice a week in Tralee. “Niamh always had a small group of runners who met on Tuesday mornings. It used to be three or four but now it’s grown to 10 to 15 and they come from everywhere – Farranfore and Gneeveguilla as well as Riocht. We also meet up by arrangement on Saturdays.”

When dancing Heaslip would “get sore hamstrings, calves and back” but with running it has been an injury-free experience. Her coach is also a physical therapist which is a huge advantage. “Niamh has been brilliant – amazingly she lives across the road from us but until that race, we’d never met. Niamh goes above and beyond in everything she does – she’s a brilliant person,” she says. “I feel I’ve known her forever and I can talk to her about anything.”

Heaslip is keen not to be known as only a cross country runner and, over the summer, made her mark on the track. She ran the 3000m for Ireland at the European Team Championships in Vaasa, Finland and qualified for the World Student Games in Taipei, where she finished 11th in the 5000m clocking a personal best time of 16:09.62. That run her third on the Irish rankings behind Emma Mitchell and Ann Marie McGlynn. “Taipei was brilliant – with all the sports, it was so similar to an Olympic Games and it makes you hungry for the real thing.”

She won’t do an indoor season, but after running a few more cross country races, notably the Edinburgh International, she will turn her attention to the track with a few road races thrown in as well.

For this weekend, all her focus is on Slovakia and she’s confident the Irish women can take a medal this year although, for the first time, only the top three scores will count. The event takes place on a racecourse and, apart from some mounds, the course will be flat and fast.

“We have a really good team, with Fionnuala McCormack, who has such a brilliant record in the race, along with Lizzie Lee, Michelle Finn and Kerry O’Flaherty,” she says. “I know I’m in good shape and I’d love to get into the scoring three for the team.”

Insights into how Shona Heaslip trains can be found here.