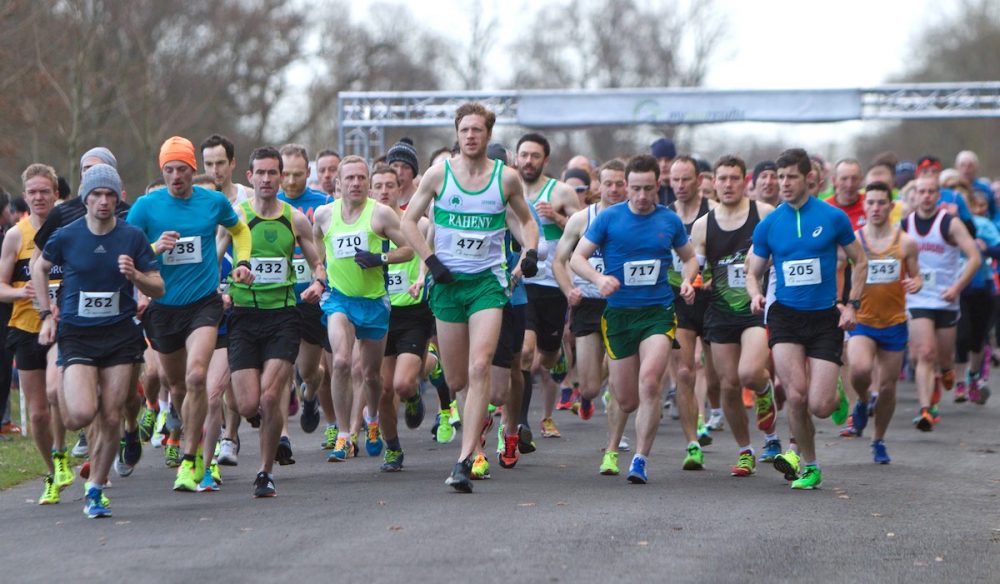 Pollock, who has struggled with injury all season, finished in 29 mins 6 secs. That time improved on the personal best 29:20 he ran at the Leeds Dash 10km in November and also found him running a 5km PB for the first half of the race.

The race, one of the largest mass participation events in Spain, produced fast times with the Kenyan Erick Kiptanui first home in 27:34, and Ethiopia’s Gelete Burka the first woman in 30:55. Catarina Ribeiro of Portugal was second and British marathon runner Aly Dixon third.

“What a sound, what an atmosphere! What a way to celebrate New Years. Let my heart rather than head control pacing but after year I’ve had, delighted with 10k pb (and first 5k pb en route)”, Pollock tweeted after the race, which started at 8pm in the evening. 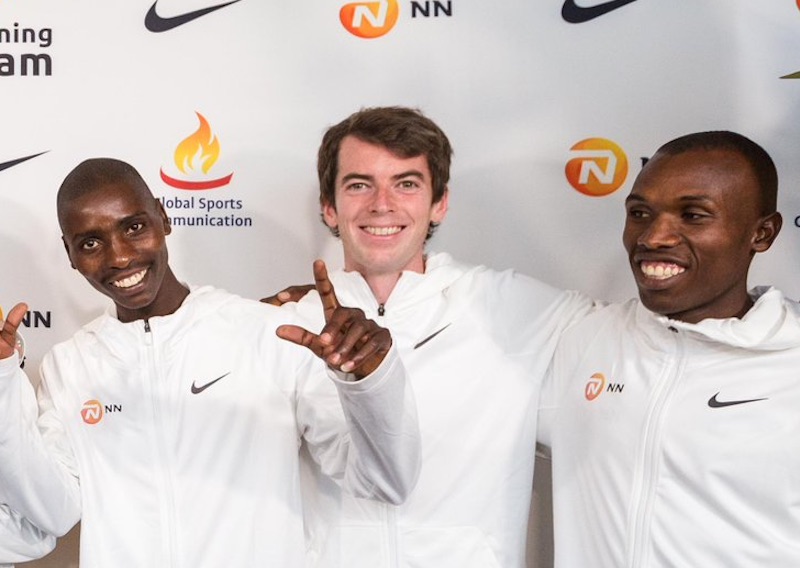 After his shock defeat in the Navan 5km on December 27, Valdas Dopolskas of Balbriggan & District AC was back in winning form with back-to-back victories in the ERP Xmas Cracker 5km in Santry, Dublin, on Sunday, December 31 and the Tom Brennan New Year’s Day 5km in the Phoenix Park. 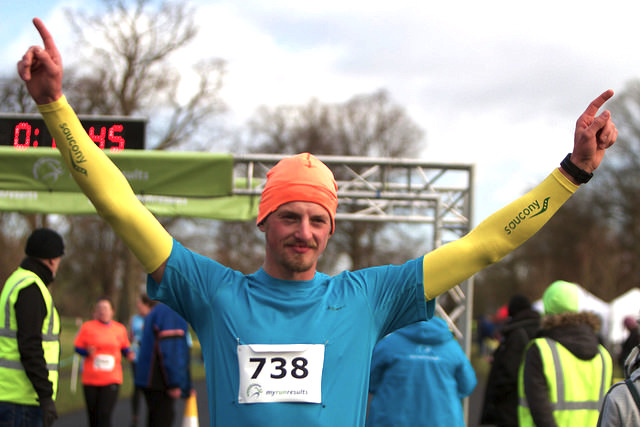 In Santry, on a bright, if breezy morning, US-based Aaron Hanlon, of host club Clonliffe Harriers, had pushed the pace when the race left the Santry grounds for the neighbouring roads.

Not far behind were his Clonliffe club-mates Sean O`Leary, Cathal Doyle, Ian Guiden and last year’s winner Adam O’Brien, along with Dopolskas. By the time the race returned to Santry, Dopolskas had taken over in front and he came home a comfortable winner in 15 mins 18 secs. Adam O`Brien was second in 15: 24 followed by Hanlon 3rd, Doyle 4th and Guiden 5th.

The first woman was Clonliffe`s Eleanor Alexander in 18:26, with Adele Walsh of St Senan’s second in 18:39 and Raheny’s Annette Kealy, now in the W50 age group, third in 18:50. First male master was Ian McGrath of Bray Runners in 16:45. Results can be found here.

On New Year’s Day, Dopolskas proved the class on the field defying a vicious headwind to strike out on his own and coming home a comfortable winner in 15 mins 16 seconds – two seconds faster than a day earlier. Kevin Moore of Dundrum AC in Co Tipperary was second in15:25 and Eric Keogh of Donore third in 15:33.

Despite carrying an injury, Ciara Durkan of Skerries AC was the first woman in 17:56, with Niamh Devlin of DSD second in 18:34 and Niamh Boland of Crusaders third in 18:48. 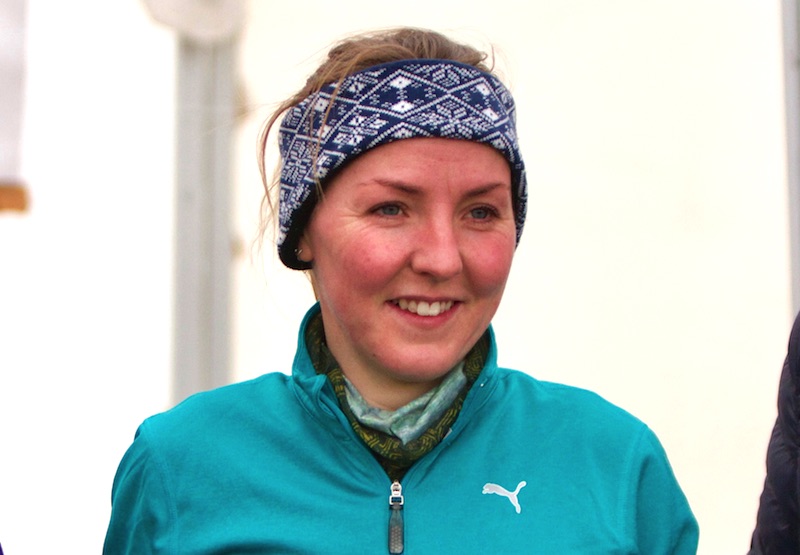 Host club Liffey won the women’s team title by a single point from Crusaders, while Celbridge AC won the men’s title from Liffey Valley and Donore Harriers. Full result can be found here.

On Sunday, Scott Rankin of Foyle Valley and Sorcha Mullan of Omagh Harriers were the winners at the Lough 5 mile in Loughmacrory, Co Tyrone.

Rankin, a previous winner of the race, crossed the line in a course record time of 25 mins 17 secs. Letterkenny’s Danny Mooney finished second in 25:48, with Eoin Hughes of Acorns AC third in 26:44.

In Munster, David Fox led home a record entry of 576 at the Togher 5km held on Sunday, December 31. Fox finished in 15:56. The first woman was Aoife Cooke of Youghal AC in 17:14. Results can be found here.

A record number of over 700 teams registered for the Castlewellan Christmas Cracker pairs’ race, hosted by Newcastle AC over a multi-terrain course of between eight and nine miles on Saturday.

From the start, Seamus Lynch and Iain Bailey of the host club took charge, winning in an impressive 57 minutes, one and half minutes clear of Zak Hanna of Newcastle AC and Aaron McGrady of East Down. Irish international mountain runners Ian Conroy of Raheny Shamrock and Killian Mooney from Dundrum South Dublin finished third in 59:34.

Laura Graham and William McKee of Mourne Runners combined to win the mixed team category for the second time finishing an excellent 12th overall in 65:07.

A total of 646 pairs completed the course, many of them in an elaborate fancy dress. Full results and report can be found here.

In Athlone on Saturday, Phil Healy of Bandon AC ran a new personal best of 53.15 seconds for 400m to qualify for the World Indoor Championships in Birmingham next March. 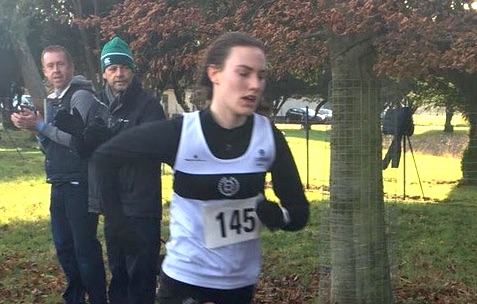 O’Neill, aged 20 and a student at UCD, is also the youngest woman ever to have won this unique 10-mile handicap race, first held in 1896. Since that year, it has only missed one year – 1916, the year of the Easter Rising. The race confirmed to members of Donore Harriers, takes place on a two-mile loop completed five times.

Women have run the race since the 1980s when they were finally admitted to membership of the club. First female winner of the race was Irish international athlete Valerie McGovern.

O’Neill set off with a 23 min 30 sec handicap over the scratch runners, which gave her a lap advantage on the athletes that followed. First runners set off with a 36 minute handicap. A sub-15 minute final lap saw her holding off the rest of the field and finishing in 73 mins 28 secs – the fastest woman’s time of the day.

Barry Potts, the oldest competitor, finished second after picking up the pace on his third lap to pass Des Gill who had started off the same 14-minute handicap.

Ken Nugent, who finished in 58 minutes and 37 seconds, moved through the field to finish fourth place and take the Tommy Hayward Perpetual Trophy for the day’s fastest time.

The Waterhouse Byrne Baird Shield is – allegedly – the oldest and longest consecutively run club cross country event in the world. In 1896, a Dublin jeweller, Samuel Waterhouse, presented Donore Harriers with a silver shield for a 10-mile handicap cross-country race. The shield was known as the ‘Donore Harriers Waterhouse Challenge Shield’.