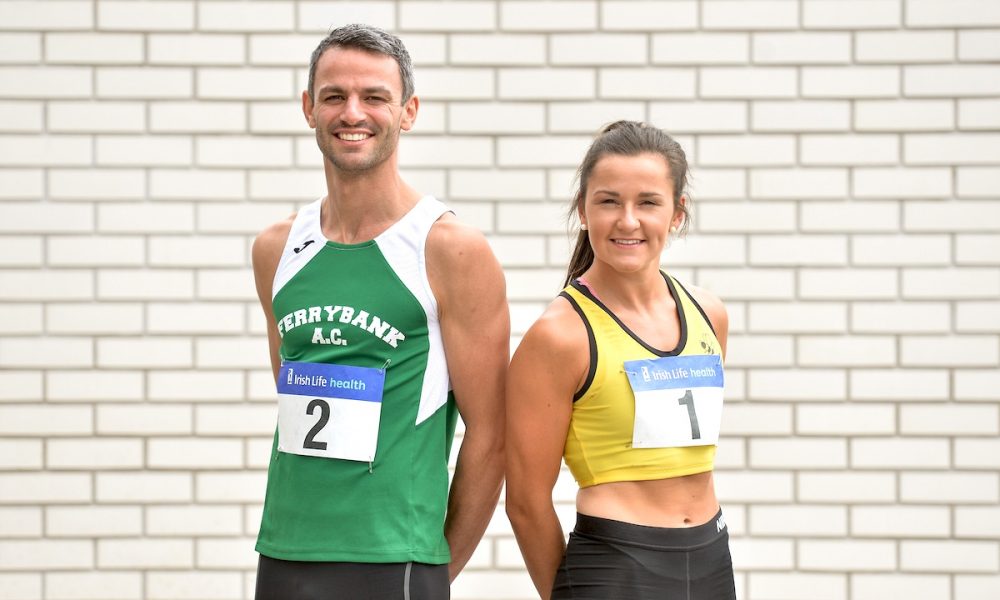 Ireland’s best head to the Morton Stadium this weekend for the senior track and field championships.

Thomas Barr, Phil Healy and Ciara Mageean are among the headline athletes who will compete for national honours over two days at the Irish Life Health National Track and Field Championships in Santry, Dublin this weekend (July 27/28).

Fresh from his season’s best at the Anniversary Games in London and Ferrybank’s Barr will be looking to win his eighth 400m hurdles national title ahead of next month’s European Championships. St Abban’s Paul Byrne will Barr’s main rival with hopes of an upset.

Fellow Olympian Mageean, is set double in the women’s 800m and 1500m. The Portaferry athlete is coming into fine form ahead of the Europeans and this weekend should provide an excellent test ahead of Berlin. Claire Mooney will be a main contender in the 800m while Siofra Cleirigh Buttner is due to step up in the 1500m.

Bandon’s Healy, who broke the Irish 100m record in June and the 200m record this month in Cork, will be focusing on the longer sprint at the championships and will be aiming for another national title to continue a sizzling summer season. Ciara Neville and Lauren Cadden will be amongst those looking to get in amongst the medals.

There will be a host of other stars including Marcus Lawler and Leon Reid in the sprints, while Emma Mitchell and Shona Heaslip will go head to head in a top women’s 5000m race. The men’s 200m promises to be an exciting duel between SLOT’s Lawler and Menapians’ Reid. Lawler has been in excellent form recently clocking 20.40 seconds but will have to be on form to edge Reid who won Commonwealth bronze and boasts a faster PB of 20.27 run this season. On Friday (July 27) the Nothern Ireland international hopes to get the green light from IAAF to compete for Ireland at the European Championships.

Reid aims to double up in 100m as well, while Gina Akpe-Moses has her sights on winning her first national senior title in the women’s event.

Nothern Ireland record holder Mitchell is out to defend her 5000m title but will have to hold off An Riocht’s Heaslip, who won the Irish cross country and road 10k titles this season.

Mark English is entered in the men’s 800m, while Michelle Finn is the leading entry in the women’s 3000m steeplechase but looks unlikely to run at the moment having sustained an ankle injury midweek when winning in Karlstadt.

Elsewhere in distance action, Adam Kirk-Smith will be on to watch in the men’s 3000m steeplechase with Kevin Maunsell, Hugh Armstrong and Mick Clohisey among those racing over 25 laps of the track in the men’s 10,000m.

Meanwhile, among those hoping for honours in the field events are Adam McMullen, who is just shy of the magical 8m mark in the long jump, while in the high jump, junior athletes Sommer Lecky, who made the headlines winning world u20 silver, and Ryan Carthy Walsh are the leading names.

The championships should provide a wonderful spectacle on what has been a brilliant season internationally to date and also domestically with the Cork City Sports and the Morton Games.

A number of athletes will be looking to seal selection for the European Athletics Championships next month – particularly in the sprints where places are up for grabs in the women’s 4x100m and 4x400m relay, and the men’s 4x400m relay.

The first day of action will be live streamed on the Athletics Ireland Facebook with live television coverage on RTE 2 on Sunday.