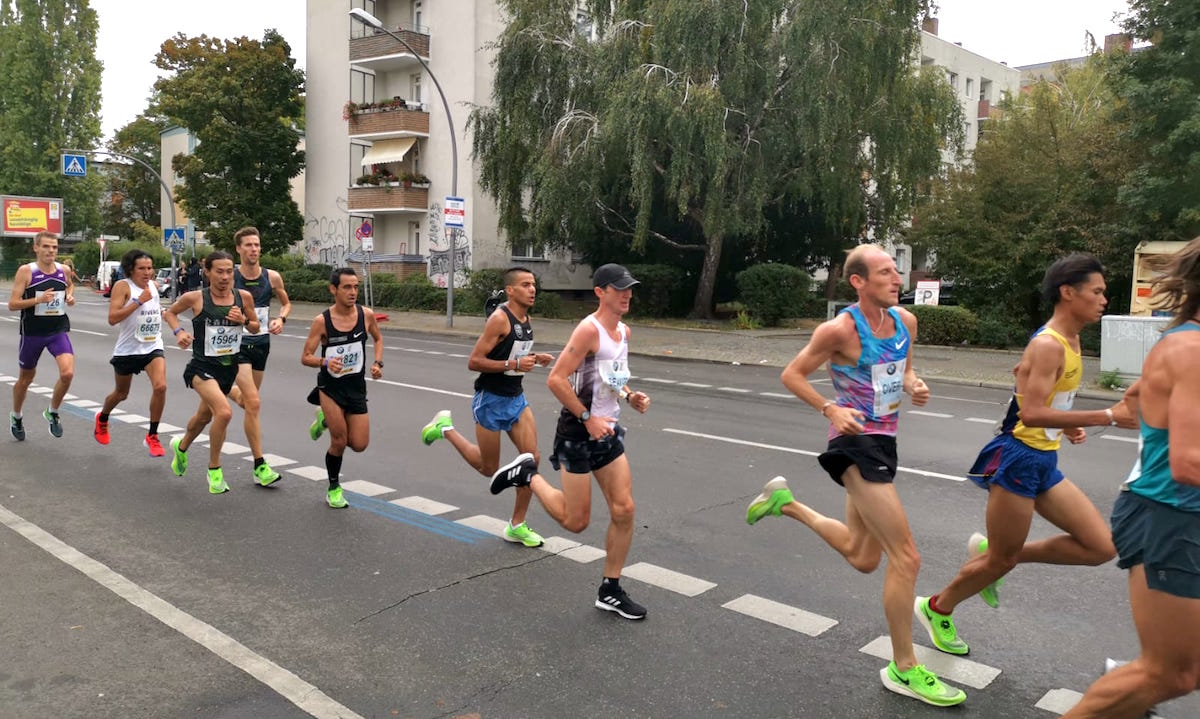 Another case of “what might have been” with Irish born Diver and a fantastic sixth from Brendan Boyce in Doha, alongside a cracking effort from Kevin Seaward in Berlin. The weekend round-up by Lindie Naughton.

Yet another chapter was written in the amazing athletics story of Sinéad Diver at the World Athletics Championships in Doha on Saturday evening (September 28) when the Mayo-born athlete finished 14th in the women’s 10,000m.

Running for Australia, Diver’s time of 31 mins 25.49 secs was a personal best and just .49 secs off the Tokyo 2020 qualifying mark. It is also a new world W40 record and puts Diver third on the all-time list for Irish-born athletes behind Sonia O’Sullivan and Catherina McKiernan..

Best of the Irish so far at Doha has been Brendan Boyce who finished sixth in the 50km walk. In the 400m hurdles, Thomas Barr of Ferrybank AC qualified for the semi-finals and although he ran a season’s best 49.02 secs, he narrowly missed out on a place in the final finishing 10th overall.

On the streets of German

Clocking a personal best 2 hrs 13 mins 39 secs at the Berlin Marathon on Sunday (Sept 29) was Kevin Seaward of St Malachy’s. That time knocks over a minute off Seaward’s previous best of 2:14.52 run in Berlin 2015 and puts him top of the current rankings. Seaward also tops the current half marathon rankings having run 63.59 in Barcelona last February. Clonliffe junior Efrem Gidey, originally from Eritrea, returned to racing with a bang when he won the Rathfarnham 5km on Sunday (Sept 29) in 14 mins 18 seconds.

Just two seconds adrift was his Clonliffe clubmate Ian Guiden, while third was Kevin Maunsell of Clonmel AC in 14:23. First master was Brian Maher of Kilkenny City Harriers who finished seventh in 14:41.

Best of the women in a time of 16:46 was Mary Mulhare of Portlaoise AC. Behind her, Cheryl Nolan of St Abban’s won a close battle for second place, finishing in 16:55, with Kilcoole’s Una Britton and Rachel Gibson of North Down on her heels. Sixth and first W50 was Annette Kealy of Raheny Shamrock in 17:23.

Best junior teams were the Clonliffe men and the Rathfrnham women. A total of 837 completed the race.

Overall winner of the Rás Gaelscoil Eanna 7km in Navan, also on Sunday (Sept 29), was Catherine Mullen of Metro St Brigid’s AC in 24 mins 28 secs. Second and first man in 24:42 was David O’Connor of Trim AC. Gideon Kipsang of 1Zero1 proved the class of the field at the Bangor 10km on Saturday (September 28).
Kipsang led from the start and had built up almost a half minute lead on the chasers by half way. He finished in 30 mins 15 secs, with Declan Reed of City of Derry Spartans second and first M45 in 30:57 and Conan McCaughey of North Belfast Harriers third in 30.58.

First woman was Emma Mitchell who has recently joined Dublin club Clonliffe Harriers. She finished in 34 mins 44 secs, with Glady Ganiel of North Belfast Harriers second and first W40 in 36:33 and Lauren Wilson of Edinburgh AC third in 37.11. A total of 926 completed the race which incorporated the Northern Ireland and Ulster 10km road championships. Full report on the North Down AC website here.

For a second year, Robert Connolly of organising club Dundrum South Dublin AC, was the winner of the Sandyford 5km. The race was held on a wet Thursday evening (September 26) in the Sandyford industrial park, with corporate teams making up the bulk of the 703 finishers.

Connolly was a clear winner of the race in 15 mins 39 secs. Second was Ian Conroy of Raheny Shamrock in 16:26 with Davis Willis third in 16:44. First woman was Malika Hammani of Cabinteely Hill Harriers in 19:33.

Trail running with Eoin Keith back in action post-UTMB

Joe Warne of Doheny AC was first of 115 entries in the inaugural Ecotrail Wicklow 80m on Saturday (September 28) – an out and back course taking in Little and Great Sugar Loafs, Powerscourt, Djouce, and Roundwood before the turning point at Vartry.

A bronze medal for Becky Quinn in the W45 age group gave the large Irish team at the World Masters Mountain Running Championships in Gagliano del Capo, Salenta, Italy over the weekend (Sept 28-29), something to celebrate.