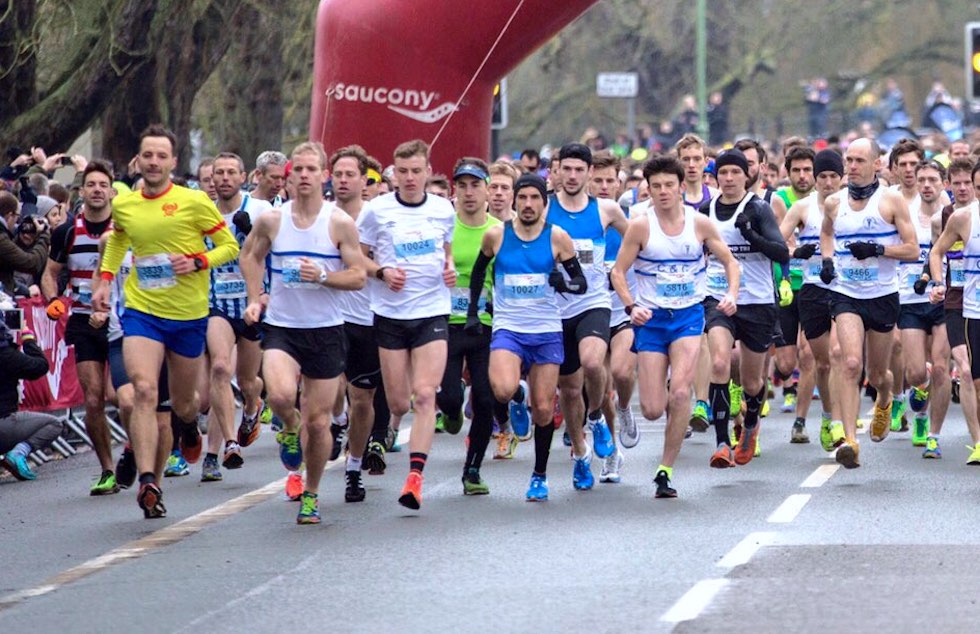 A runner competing under someone else’s name has caused a bit of a stir after winning his 13.1-mile debut before facing disqualification.

Andrew Rawlings was listed as Sunday’s (March 4) Cambridge Half Marathon winner in the Fast Running weekend round-up, but it turns out that he was disqualified because did not actually compete in the race.

Someone else competed with Mr Rawlings’ bib number and chip, and according to the BBC that was work colleague Jack Gray.

Under UK Athletics rules put in place in 2014, anyone who takes part in a UKA-licensed road race with transferred numbers without permission faces disqualification as well as possible disciplinary sanctions for both parties.

Gray said Mr Rawlings asked him if he wanted his place after picking up an injury and in fact did try to contact organisers beforehand but received no response.

Gray crossed the line first finished in 66:52 over the 13.1 miles course ahead of Enfield and Haringey’s Will Mycroft in 67:11.

PhD Maths student Mycroft has previously featured in Fast Running for his analysis of cross country finish times in the English regionals.

After crossing the line first and hearing “Andrew Rawlings” called out as the winner Gray owned up that he wasn’t actually Andrew Rawlings.

“People were lining up to interview me, so I thought I’d better ‘fess up’ straight away, and told the organisers I wasn’t Andrew,” said Cambridge & Coleridge’s Gray.

Mycroft added: “It’s a bit of a shame to win on a technicality, but I’m not going to complain.”