Athletes get back to the road for fast Podium 5K 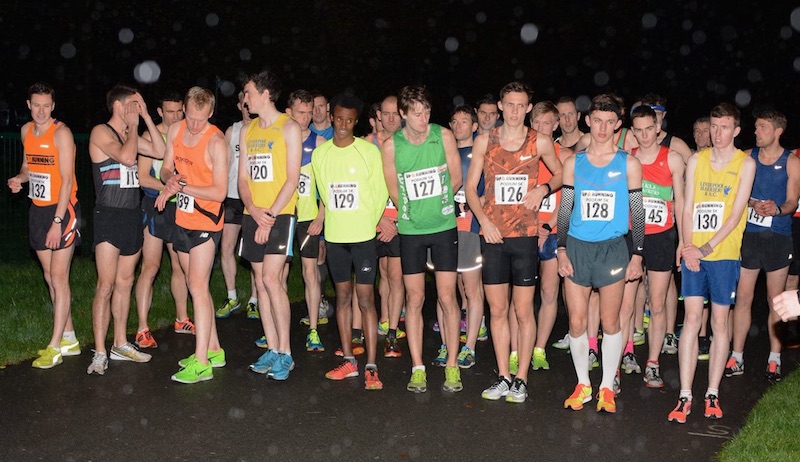 Following an abundance of cross country across Britain last weekend, its back to the pounding roads on Saturday (November 18).

The high-quality Podium 5K in Barrowford opens the weekend, before stepping up in distance on Sunday for the Brampton to Carlisle 10-mile Road Race, the Preston 10-miler and the Brighton 10k.

Returning on Saturday night, the Podium 5K in Barrowford, Lancashire, sees an extensive list of entries, all hoping to take advantage of the super quick lapped course with many using the race as a sharpener before the European Cross-country trials at Liverpool next weekend.

The event takes place on a floodlit and traffic free cycle track and is purposely made race designed to produce quick times and high-quality racing.

Musson of Notts AC is the fastest entry on paper and comes into the race with a seasons best of 14:02.92 over 5000m. While Abu Rezeq (Altrincham AC), will be looking to return to winning ways following a second place finish to Matt Clowes at the Cheshire 10k two weeks ago. The Altrincham athlete was also a winner of the Loch Ness Marathon in September.

Local favourite Fish is another athlete not to discount. If the Blackburn Harriers runner can find the form he showed earlier in the season at Manchester Half (65:15), then he could well be in with a chance of taking the win this weekend.

Piasecki (nee Coulson) of Stockport Harriers has the fastest 5k personal best with 15:43 on the road and 15:29 on the track. Most recently Piasecki won the Cheshire 10k with 34:42.

Fairchild has enjoyed a great summer season lowering her 800m best by two seconds and also has a 5k best time of 16:28. This year has seen of the Preston Harriers athlete get the better of England on the track over 800m, so it could be a close battle over the longer distance on Saturday evening.

The 66th edition of this popular race takes place on Sunday. The course is a point to point route, which is slightly downhill and for this reason is renowned for quick times.

The race has seen some famous names in its long history, Jim Alder of Morpeth Harriers won the race in 1963, 1964 and 1965. Ron Hill won in 1974 in a blistering 46:40 but it was Nick Sloane (Blackpool and Fylde AC) the following year who set the phenomenal and still-standing course record of 45:50.

Last year’s race was won by Nick Swinburn of Morpeth Harriers in 50:18, followed by James Bowness of Trafford AC in 51:19. In 2016 Tracey Millmore of Birtley AC took the women’s title in 58:35 followed by Alex Sneddon of Jarrow & Hebburn AC also dipping under 60 minutes with 59:07.

A second long-standing 10-mile road race is staged this Sunday in the shape of the annual Preston 10 mile Road race.

For over 35 years this well-established race has brought large fields of over 400 runners and is a major event in the Preston Harriers calendar. The fast, flat course attracts many runners looking for a PB.

This year the organisers have increased the prizes and are also offering £250 to any man or a woman who achieves a course record. The marks to beat are 49:43 for the Men’s record currently held by Andi Jones, and the women’s time of 58:05 belonging to Pauline Powell of Blackburn Harriers.

Karl Darcy of (Bolton United Harriers) comes into this weekend’s race in great form having just ran 30:52 at Leeds Abbey.

Neil Pendlebury (Leigh Harriers) and Matt Lalor (Barlick FR) will also be ones to watch on Sunday.

Olympian Helen Clitheroe is the leading entry in the women’s field. Clitheroe, a Commonwealth Games bronze medalist in 2002 over 1500m, won the Preston race in 2015 with 58:18.

Jennifer Elvin also lines-up with a 63:09 PB clocked over the distance form earlier this year at the Cara Bundoran 10.

On the South Coast, the fast flat Brighton 10k will take place. If conditions are favourable, this course is another that can produce quick times. Although the 2016 race had to be cancelled due to bad weather.

The 2015 race was won by Aldershot Farnham & Districts Steven Scullion in 31:46 whilst Emma Macready took the women’s title in 35:31.