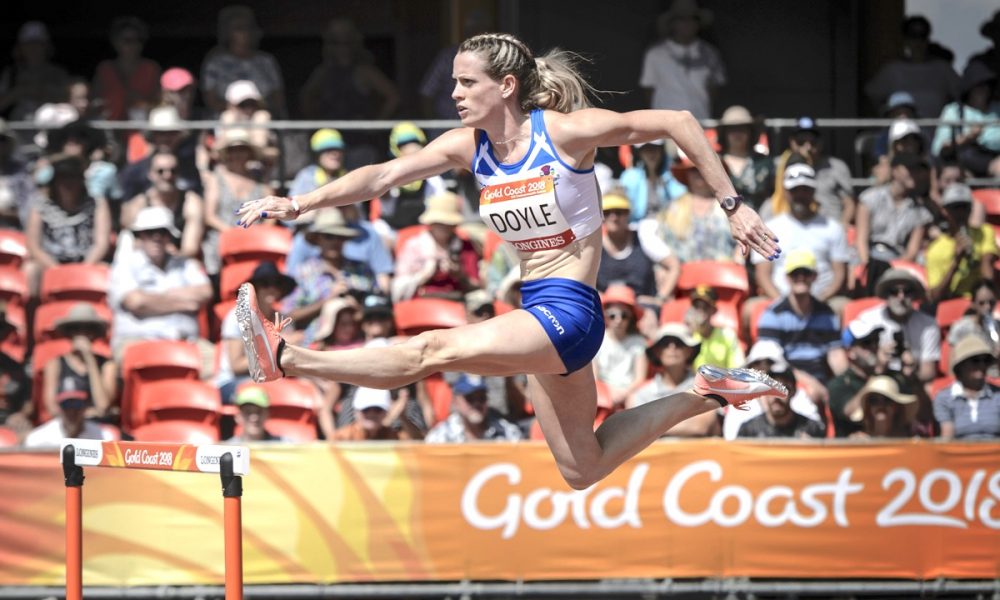 Scotland’s most decorated track and field athlete is set to join the sport’s national governing body.

Scottish Athletics will recommend Eilidh Doyle’s appointment as a non-executive director to the Annual General Meeting later this month.

Doyle is Scotland’s most decorated track and field athlete and has won medals – either individually or part of relay teams – at all the major competitions – Europeans, Worlds, Commonwealths and Olympics in a glittering career.

Eilidh’s 2018 achievements feature an individual bronze medal in the 400m at the World Indoors in Birmingham and a silver in the 400m Hurdles at Gold Coast 2018, which repeated her feats of Delhi 2010 and Glasgow 2014.

The Scottish 400m hurdles record holder then made it a hat-trick of medals for the calendar year by anchoring GB and NI Women to bronze in the 4 x 400m final at the European Championships in Berlin.

Now she hopes to add her voice to help drive the sport forward by giving an athlete’s perspective at an executive level, alongside the views of Paralympian Jo Butterfield, who has served on the scottishathletics board for the past two years.

“I am keen to act as a voice for athletes and I am hoping I can really contribute and help guide the sport in Scotland by being part of the team on the scottishathletics board,” said Doyle.

“I want to add my knowledge and experience of top global competition to what is already a wide range of people deeply connected to the sport in various roles.

“From my point of view, I feel it’s important to have involvement in what is going on with the sport as a whole. As athletes we tend to be purely involved in our own development and progress but I really want to see the sport flourish too.

“Hopefully being in this role I am able to give something back to a sport which has given me so much.”

Sports lawyer Laura MacCallum has also been co-opted as new company secretary for the organisation following the retirement of David Lindgren.

The two appointments have been approved by the full board and Doyle’s nomination will now go before the AGM for final ratification (with Laura’s appointment being a Board decision). The meeting takes place at the Emirates Arena in Glasgow on Saturday, September 29.

“I’m delighted both Eilidh and Laura are keen to join us and have no hesitation in putting forward their appointments as recommendations to the membership at our meeting in September,” said chairman Ian Beattie.

“They have two very different backgrounds, obviously, but would add significantly to the skillsets and experience on the board and I feel sure that kind of knowledgeable input would be very good for the sport.”