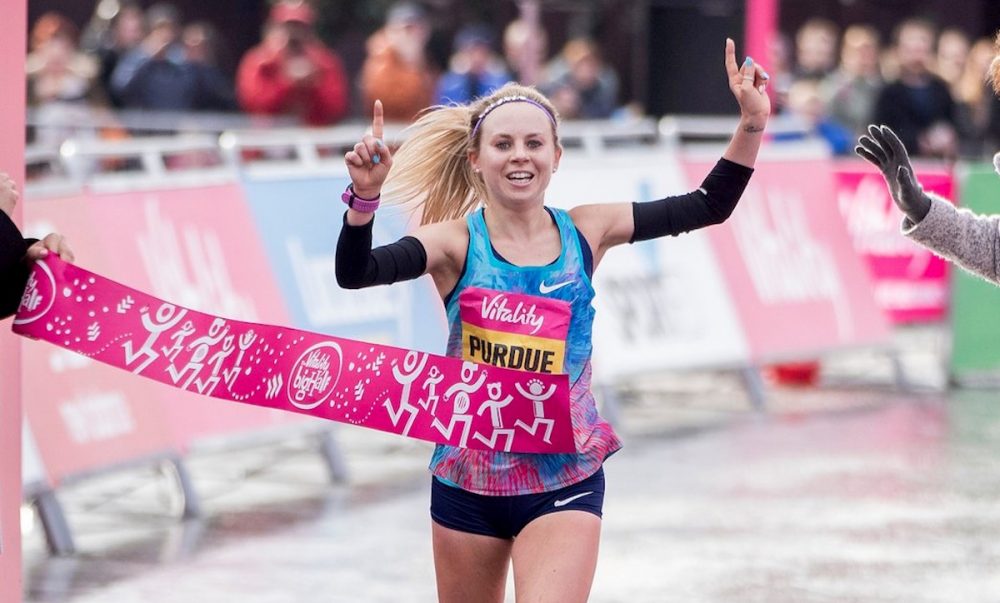 Charlotte Purdue will miss the Virgin Money London Marathon due to a thigh injury, organisers announced on Tuesday (April 3).

Organisers London Marathon said the Aldershot runner has been forced to pull out of the April 22 marathon after a bone stress reaction in her femur was revealed in a scan.

Purdue sustained the injury at the IAAF World Half Marathon Championships in Valencia on March 24, where she finished 21st amongst the top international field.

It is disappointing news for Purdue who ran a superb one minute PB to win the inaugural Big Half in the UK capital on March 4.

The 26-year-old clocked a personal best 2:29:23 at the London Marathon last year, before posting 2:29:48 to finish 13th in the marathon at the World Championships.

Partridge makes her first appearance at the London Marathon having previously clocked a debut 2:32:10 in Seville last year. The 26-year-old was then forced to withdraw in her second attempt at the distance in Berlin last September.

The top two Briton’s at this year’s London Marathon, who have also ran the qualifying time of 2:36:00, will earn guaranteed selection for the European Championships in Berlin this summer.