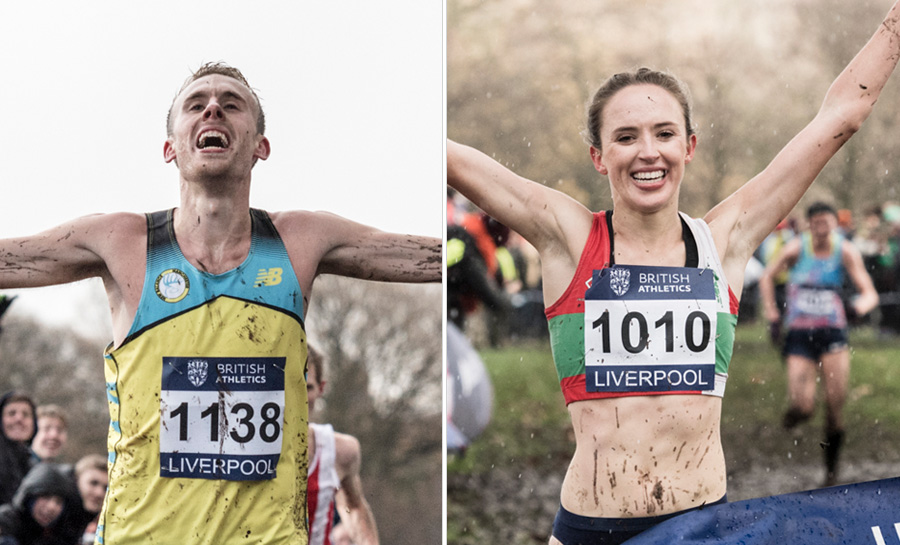 Connor, an integral part of the winning senior men’s team in 2016, won impressively at the European Trials on Saturday – which are incorporated into the Liverpool Cross Challenge.

Gorecka, a two-time U20 gold medallist, likewise impressed with her performance to win at Sefton Park in Liverpool following injuries in recent years.

Elsewhere Mahamed Mahamed and Jess Judd, winners during the Cross Challenge series this year headline the U23 teams.

Connor will be joined by debutants Alex Teuten and Sam Stabler, who were second and third respectively at the trials, in the senior men’s team. Whilst a trio of athletes with pedigree at these championships in the past, Dewi Griffiths, Tom Lancashire and Andy Butchart complete the team.

On officially hearing the news of his first GB vest, Southampton’s Teuten told Fast Running: “It’s a dream come true for me to represent GB, but now I’ve got to go there and prove I deserve my call-up. My target is to go there and finish as high up as I can to give us the best chance to take home some silverware.”

While Gorecka will be joined by 2014 European cross champion Gemma Steel who was third at the trials event as well as an experienced quartet of Lily Partridge, Charlotte Taylor, Steph Twell and Stockport’s Elle Vernon.

The team comprises of six full squads for the senior, U23 and U20 races as well as four athletes representing Great Britain & NI in the senior mixed relay for the first time.

“The trials showcased some real quality and as a result, we are able to select an incredibly strong British team to go to Samorin for these prestigious championships. We are taking some experienced athletes who are proven championship performers but I am pleased to see a number of athletes step up at the trials and earn their place on the team,” said Rob Denmark, the Team Leader.

“We have a strong tradition of success at these championships and I’m looking forward to us challenging for medals both individually and as a team.”

RELATED: Earlier this week the Irish team was also announced. It is headlined by Fionnuala McCormack, who will make a record-breaking 15th appearance at the Euro XC championships.

Mahamed, the winner of the senior race at the Milton Keynes Cross Challenge is joined by the impressive Patrick Dever, Daniel Jarvis and Chris Olley in the men’s U23 team. Tonbridge’s Olley was an integral part of his club winning the English Cross Country Relay title early in November.

Judd, who was part of the gold medal-winning U23 women’s team at last year’s event and will be joined by Amy Griffiths and Phoebe Law who were also part of that squad in Chia last December.

Trials winners Ben Dijkstra and Harriet Knowles-Jones will lead the U20 squads, the latter winning medals in the age-group in her last two appearances at these Europeans. She won silver in 2015 and backing that up with a bronze in Italy; she will be looking to complete the hat-trick in her final year as a U20.

The senior mixed relay will take place for the first time ever at the European Athletics edition of the event, and Britain will have a strong quartet representing the country. With a first leg for the female athlete around 1800m with the latter three legs roughly around 1500m, the quartet selected is Cameron Boyek, Melissa Courtney, Charlie Grice and Sarah McDonald.

UPDATE (December 5) Charlie Grice has withdrawn due to an injury and Tom Marshall replaces him in the mixed relay team.

The full British teams can be found below.