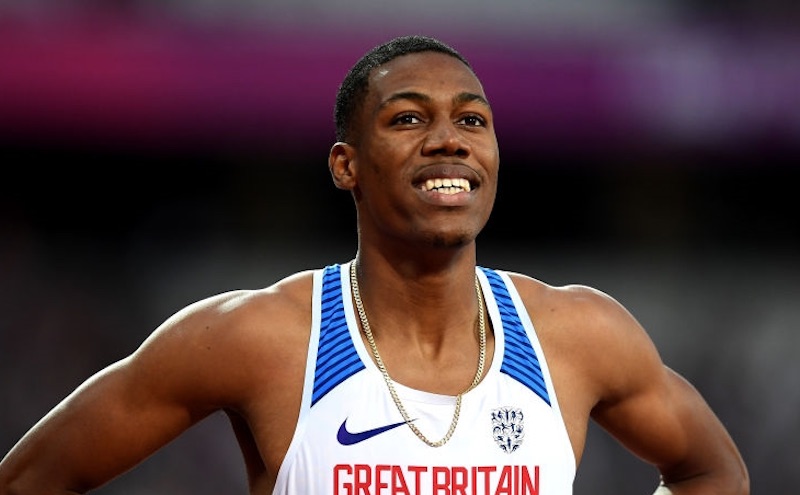 British sprinter Zharnel Hughes has been held at gunpoint in an attempted robbery in Jamaica on Tuesday night (January 23).

Hughes was thankfully unharmed after the attempted robbery at his car at the University of the West Indies, Usain Bolt Track.

The 22-year-old, who competed at the World Championships in London, told the Jamaica Gleaner. “I was putting on my sneakers at my trunk and this guy just came up pointing a gun in my face, he asked me for my phone and I ran off and the guy opened fire.”

According to the Jamaica Gleaner, a licensed firearm holder was at the scene and returned fire and no one was injured.

The incident was reported to the local Mona police.

Shortly afterwards, Hughes himself commented on Twitter: “Lost for words, but thankfully I’m okay. Today would be a day I definitely won’t forget. #ThankYouGod”

Lost for words, but thankfully I’m okay. Today would be a day I definitely won’t forget. 🙏🏾 #ThankYouGod

Hughes was born and grew up in the British Overseas Territory of Anguilla, and he has competed internationally for Britain since 2015.

At the 2015 World Championships in Beijing, the sprinter finished fifth in the 200m.