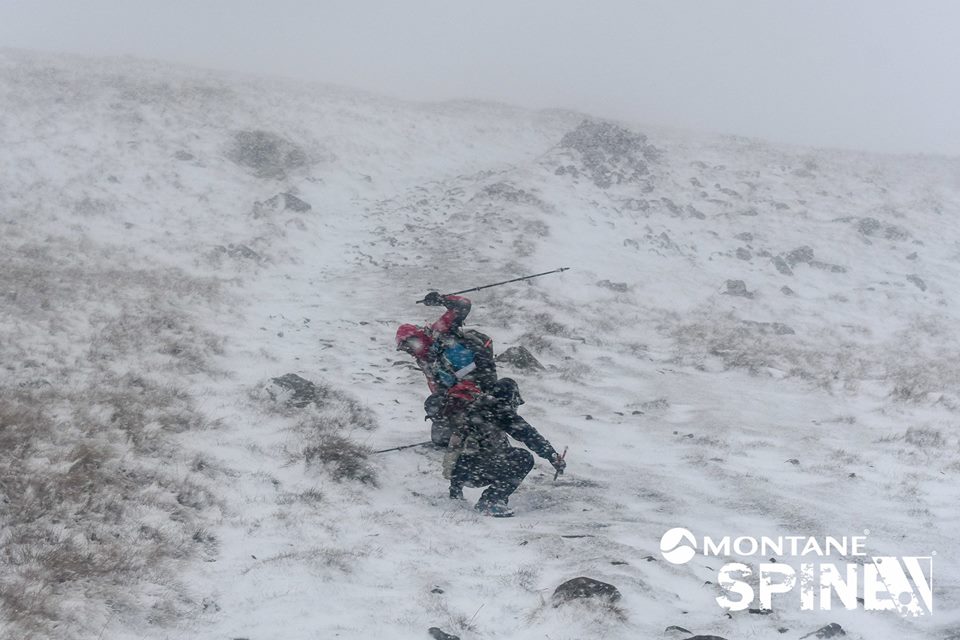 The most brutal race in Great Britain, the 268 mile Montane Spine, was halted tonight (January 17) by extreme weather.

The ultra running race, along the entire length of the Pennine Way from Edale to Kirk Yetholm has been halted with the leader, Czech runner Pavel Paloncy, just 23 miles from the finish.

The event, known for extreme weather conditions, is held annually in January and currently has over 100 athletes held at checkpoints in the hope that the weather calms down to a reasonable level.

Runners have spent the last 85 hours battling against snow, wind, rain, bogs and exhaustion to complete the monster challenge and although hold ups have happened in the past, the weather shows no sign of abating this year.

Previous winner Paloncy has been struggling in wind blown snow that has hidden the trail and been up to waist deep.

Already course record holder Irishman Eoin Keith has been forced to DNF (Did Not Finish) this particularly gnarly year at the week long, non-stop race.

Athletes have to be aware of the time cutoffs at checkpoints along the way and can sleep as much or as little as the time allows.

Hopefully, the weather calms down to purely “brutal” levels and everyone can get back out in January’s finest conditions.

Update: the race resumed at 8am on Thursday (January 18) morning.