Stepping back from the marathon pays off for Elsey Davis 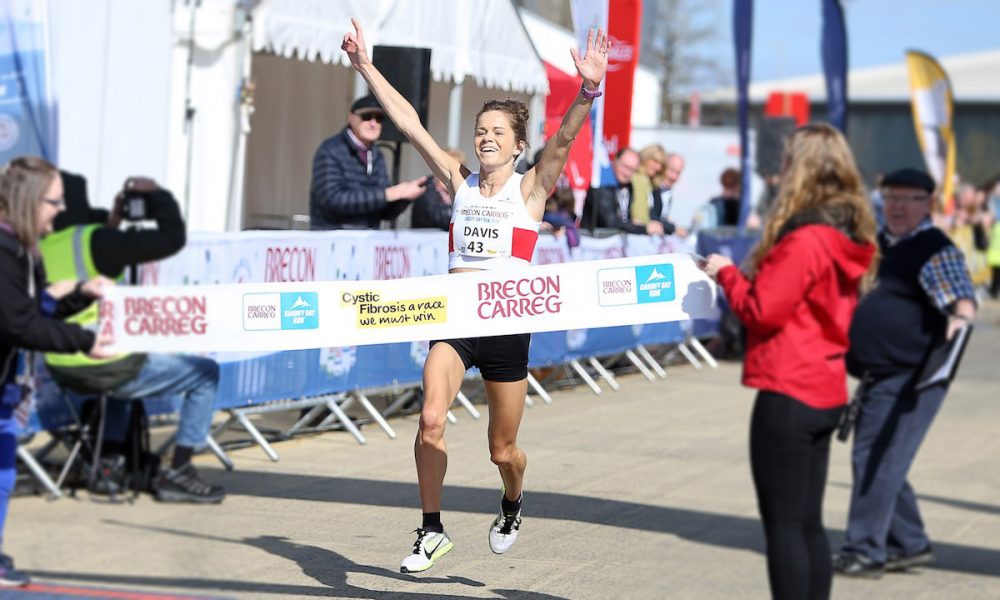 Fresh from a win and PB at the Cardiff Bay Run, Cornish runner Elsey Davis spoke to Fast Running about her new-found consistency, a new coach and training too hard for the marathon.

After running superb 2:42:29 at the London Marathon in 2015, Elsey Davis made running even quicker over 26.2 miles her main target in 2016 and 2017. But it resulted in two injury-plagued years, no marathons, and she admits running too hard too often was a contributing factor.

Now after making a few changes in the winter of 2017/18 the Bristol and West runner has really hit the ground running with two 10k wins in Chester and Cardiff, running a 14 second personal best 33:42 in the latter.

“It was great to run under 34 minutes for the first time since 2016, it was really satisfying to be able to prove my fitness and pay justice to the hard work my coach Helen Clitheroe has put in,” says the 29-year-old. “I didn’t expect to win, The first few miles I was just focused on my own running and not setting out too fast.”

“It’s taken a fair few 10k races to get the pacing right. It only needs to be a couple of seconds too fast in the early miles and you’re paying for it tenfold in the second half. I only went into the lead at halfway but a strong second half gave me almost a minute victory.”

Having felt in great shape in 2018 after a solid winter of training, Davis had been a touch unlucky with recent goal events cancelled after falling victim to the weather. However, a win at the hilly 10k Chester, even after an early fall, was a sign of the form she was in.

When asked what the secret was to her great start to the year she was quick to point to the influence of others, such as, new coach Helen Clitheroe.

“Helen coaches me remotely, so the first thing she did was get me to take some physiological tests,” she explains. “The team at Exeter University looked at things such as lactate threshold and VO2 Max.”

“One of the reasons I was getting injuries in the past may have been the intensity of my ‘easy’ runs. I’d get on the South West Coastal path and just hammer away.

“In between tough marathon and tempo sessions I was working way too hard. The pace might look right on the trail, but the effort to do seven-minute miling in the mud is high.”

“It’s easier when you have a limit set for you. Numbers from a test tell me just how hard, or easy, I should be running. My mind likes that kind of structure and now my easy runs are a lot easier.”

Consistency in training over the last 12 months has played a large part in the results Davies is now seeing, but what else has helped? 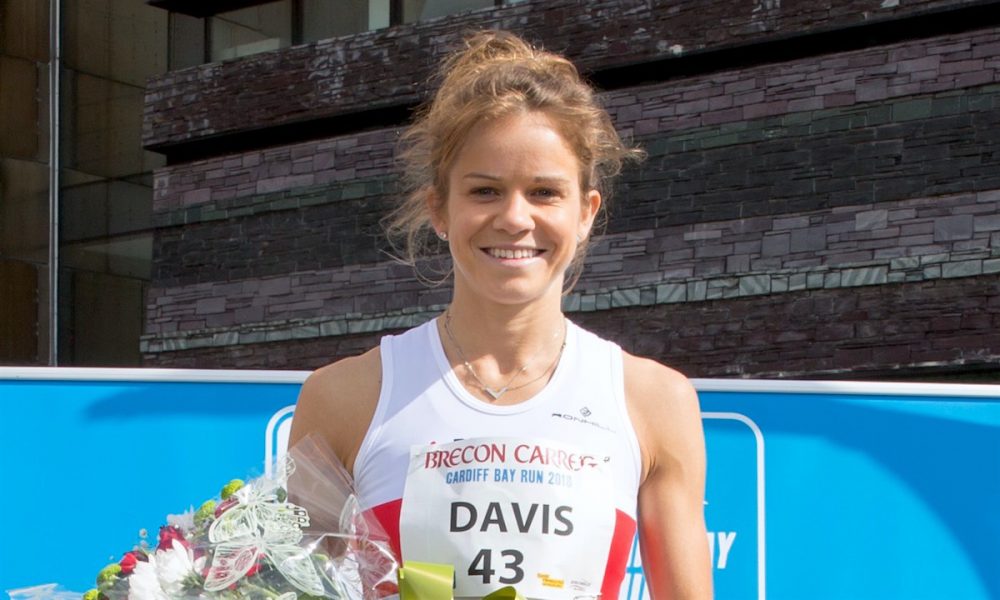 “Loads of little things. I’m getting a weekly massage with Liam Clarke in Exeter,” she says. “I have been working with physio Chris Brammah at athlete matters for prehab. And getting some help from Sports Dietician Renee McGregor.

“Taking a pro-biotic has helped my immune health avoid the little bugs and illnesses that always seemed to be interrupting training.”

Working on a hospital ward means Dr Davis is open to higher risks than most when it comes to illnesses. Lessons have been learnt though.

“The Leeds Abbey Dash 2016 became a dash to the toilets in an England vest after about a mile,” she recalls. “All the doctors on my ward picked up Norovirus. Now I no longer share the communal grapes at lunchtime, especially in race weeks.”

“It’s important not to take it all too seriously though. You have to celebrate with a few beers and let your hair down every now and again. After the Cardiff Bay 10k my fiancee Sarah and I had a great lunch and a few drinks to celebrate us both running PBs.”

“I’ve never competed in a 10,000m race on the track, so I’m heading down to the Highgate Harriers ‘Night of the 10,000m PBs’ to get out of my comfort zone and see what I can do,” she says. “The atmosphere looks great so I’m excited about that one.”

“Next up is the London 10k on the road the following week but the serious goal is afterwards… The Bilbao Live festival in Spain.”

In the future, the lure of the marathon may once again call Davies back, but she adds: “for now the focus is on the faster stuff. The lower training load means more short, sharp sessions. It’s all going to help.”

A 2:42 marathon PB is not to be sniffed at, but there is still unfinished business over the historic distance. One thing that is clear is that it’s been a team effort for 2018’s events and beyond.

“Helen has been brilliant, Chris [Brammah, physio], Renee [McGregor, Sports dietician] and, lest I forget, my wife to be, Sarah. She doesn’t even like running that much but deserves a medal just for listening to me go on about it.”