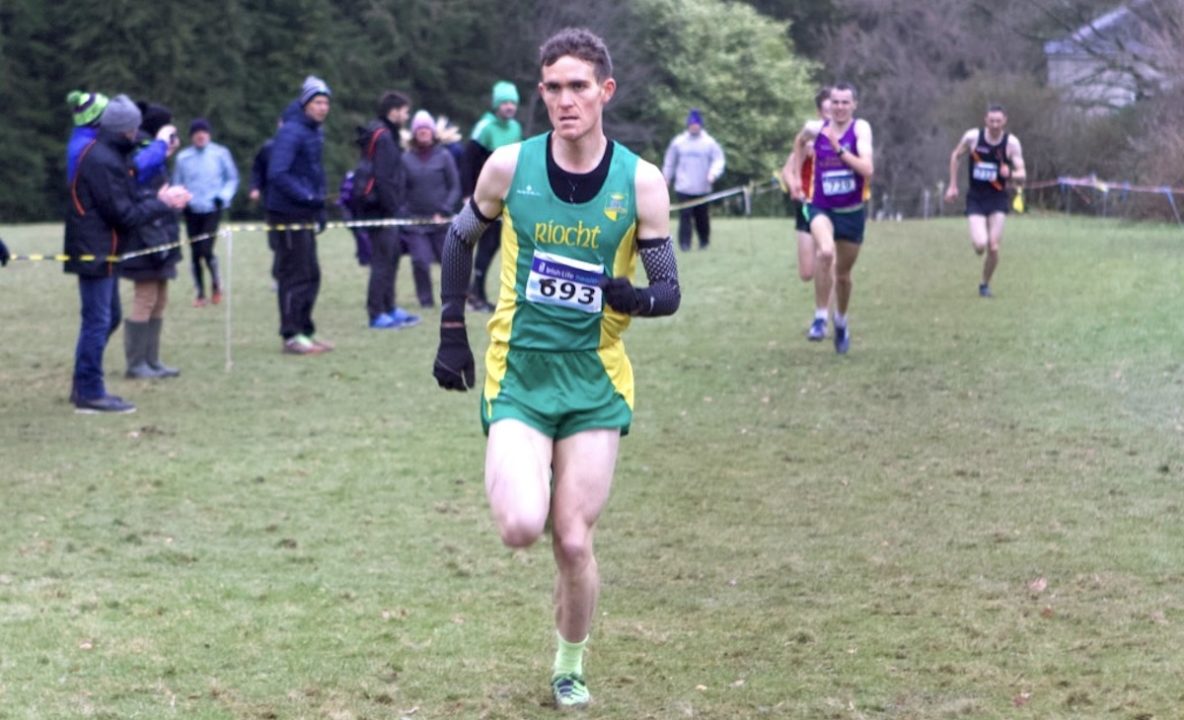 Doherty proved the quality in the women’s race leading from the start and finishing in 15 mins 21 seconds. Kate Purcell of Raheny Shamrock was second for a second year in 15:45 and Claire McGuigan of Lifford Strabne AC third in 15.59. In the men’s race, Maher was lying second behind Peter Arthur of Liffey Valley AC with what he thought was a lap and a half to go. When told he was on the final lap, he made a huge effort to catch Arthur and made it to the line in 23 mins 43 secs, with Arthur three seconds behind for second.

Like Annette Kealy, Des Kennedy of Raheny Shamrock made it a Raheny double in the M50 category, not only winning the individual title but also leading his team to victory over Sli Cualann and Mullingar Harriers.

Earlier in the week, Gough had been named runner-up in the World Masters middle distance rankings for 2019 having won the title a year earlier. Anne Gilshinan of Slaney Olympics was named top middle distance woman becoming the first ever Irish woman to be so honoured.

In the intermediate races which followed, Niamh Allen was a clear winner of the women’s race ahead of Caron Ryan from Craughwell AC and Trinity College and Sarah Kelly, of Inishowen AC. Crusaders were the winning team ahead of Sportsworld and Raheny Shamrock.

Gary O’Hanlon of Clonliffe started his racing year as has done for the past few years with victory in the National 50km Championships held in Donadea Forest Park, Co Kildare on Saturday (February 8). Not much action on the roads, but plenty indoors

In one of the few road races that defied Storm Ciara on Sunday (February 9) Alan O’Shea of Mercy Hospital won the Janssen BHAA 6km in Cork with 19 mins 8 secs. First woman was Grainne O’Donnell of Kumon Douglas in 22:41.

Andrew Coscoran of Star of the Sea AC ran his second sub-four minute time of the season in the Wanamaker Mile at the Millrose Games at the Armory, New York on Saturday (February 8). Coscoran finished 10th in 3 mins 57.83 secs in a closely fought race. Winner was British athlete Chris O’Hare in 3:55.61.

In the 800m, Mark English running for Adidas finished 6th in 1:52.94, while winning the boys mile in 4:10.95 was Cian McPhilips of Longford AC, who made his move with 400m to go and beat some of the best high school athletes in the US with a fine finish.

Ciara Everard, the ex-UCD athlete from Kilkenny, made a stunning comeback to racing when she beat Sarah Healy in the women’s 1500m at the AI Indoor Games in Abbotstown on Sunday (February 9).