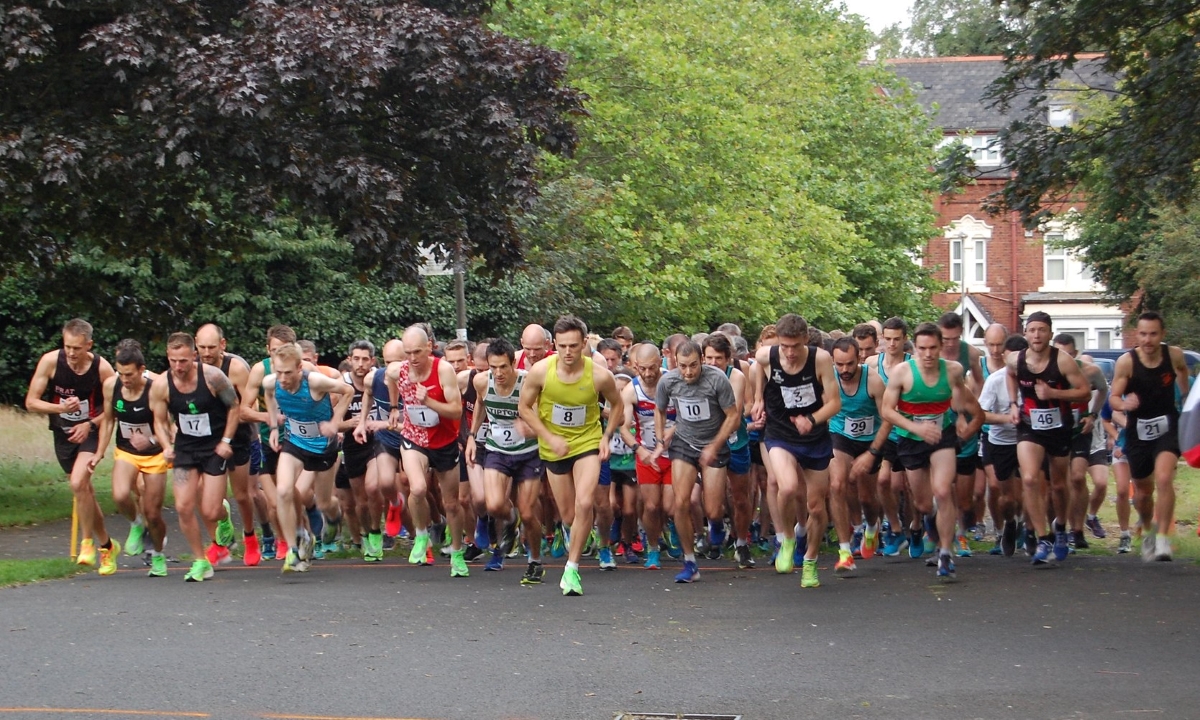 McColgan takes her first 5k title and Butchart dominates as both earn a trip to Doha and are crowned British Champions in Birmingham. There are photo finishes on and off the track as the summer season reaches its peak.

This month the weekend round-up is sponsored by the Profeet Sports Lab in London. Profeet have trained and qualified technicians, with expertise in biomechanics, sports science and sports rehabilitation, who can perform a detailed analysis of your feet, ankles, knees and body before making custom insoles and selecting the right footwear for your needs.

The Alexander Stadium in Birmingham hosted a fitting swansong ahead of its redevelopment for the Commonwealth Games in 2022. British champions were being crowned in a host of events across the weekend, with the middle distance races rounding out the action in the latter part of the Sunday schedule.

In the 800m it was a battle to the the line in both the men’s and women’s races. Shelayna Oskan-Clarke wasn’t giving up until it was over in her sprint finish against Lynsey Sharp. Oskan-Clarke won out in 2:02.67 with sharp clocking 2:02.79. Alex Bell missed out on the Doha spot but bagged bronze in 2:02.87. Spencer Thomas took the men’s British Champion title in 1:46.79 but is outside of the Worlds standard. Whilst Guy Learmouth ran the same time, he had to settle for second place. Despite a big-up from Fast Running in our pre-race preview, Jamie Webb had to settle for third in 1:46.84

We fared slightly better with our predictions in the women’s 1500m where Sarah McDonald lived up to her promise and a convincing win in 4:22.94, well outside her PB. Silver was the reward for second fastest athlete on paper, Jemma Reekie’s (4:23.41) and bronze went to Danni Chattenton in 4:26.03. The top three men already had World Championship qualifying times, so Neil Gourley’s 3:48.36 gold, Josh Kerr’s 3:48.51 silver and Jake Weightman’s 3:48.69 bronze were possibly not surprising but certainly well earned.

In the 5000m Eilish McColgan won out over a stacked field which included five athletes who already had the qualifying time for the world champs. She booked herself a flight to Doha and a champion’s crown with her 15:21.38 run to take the win over Jess Judd who will join her on Doha next month thanks to her second place 15:35.82. Speaking to British Athletics McColgan said she was particularly happy given that it was her first ever 5k title. Laura Weightman was third in 15:36.73. Amelia Quirk (15:53.60) and Stephanie Davis (16:14.06), who is part of the new Scotland Athletics marathon development scheme, both ran PBs. Melissa Courtney did not finish.

The men’s race 5000m resulted in a dominant win for Olympic and world finalist Andy Butchart, who was the victor in 13:54.29 and is now another confirmed to be selected for the World Championships along with Marc Scott (Richmond & Zetland), who came second in 14:01.48, with Ben Connor (Steve Vernon, Derby) clinching bronze in 14:04.33. Buoyed by recent performances that have now seen him revise his lifetime best and claim yet another British title, Butchart spoke afterwards

“When everyone’s looking at you, I guess there is a bit more pressure. Nothing really happened in the race, it just played into my hands so it was quite nice to get the win and come away with what I was expecting. “A confident mindset in the past few races I’ve had has definitely helped me. I’ve had good races all year this year but I’ll be trying to get even fitter and hopefully will go into Doha even more confident. Medals are always up for grabs.”

The gents have been fighting all the way to the finish this week with photo finishes on and off the track. Earlier in the week in Dublin the Morton Games welcomed athletes from around the world. In the Men’s 5000m Australia’s Pat Tiernan was victorious in 13:28.41. Mike Foppen (NED) took the silver medal in 13:30.02 and, in a theme which dominates our roundup this week, there was a squeaky-close finish with the bronze medal just one hundredth of a second later in 13:30.03 for France’s Francois Barrier. Sam Atkin (Lincoln Wellington) was first home for GB in 13:47.56 for 8th place.

American ultra runner Zach Bitter broke the 100 mile world record with an astonishing average pace of 6:48/mile to complete the distance in 11:19:18 at the Dome event in Pettit National Ice Center in Wisconsin. A full report on Bitter’s record can be seen here. Feeling the heat on the roads

5ks were also action all round the country again this week, with various race series reaching their finale ahead of the autumn season.

In Westbury, the Avon Valley Runners hosted their fourth and final 5k of the summer. Harry Allen, Jack Bancroft and Alex Bampton took the Westbury 5k series out on a high. Speedy new PBs were achieved by three of them as they took their podium spots. Allen and Bancroft secured a one-two finish for Bristol and West AC with their 14:30 and 14:38. Bampton ran 14:51 for a third place for Highgate.

It was a successful event for the women too as Abigail Woolaston of Andover AC ran her first recorded 5k race and won it in 18:09. Bethan Francis of home-club AVR was a good way behind her in 18:52. Fellow AVR-er Veryan Cranston was nipping at her heels to take third in 18:58

Cardigan RC’s Poppit Sands 5k was a winner for Rachel Davies of Swansea Harriers in 19:27 and comfortably so. Llinos Jones also of Swansea was second in 20:53. Eton Manor’s Jenny Haymann finished third in 21:45. The men’s race was also quite spread out – David Cole (West Coast Tri) was unlikely to be in trouble as he finished in 16:47, a good 40 seconds ahead of Cardiff AAC’s Iestyn Edwards. Matthew Chaston came from further afield to take third for Belgrave Harriers in 17:59

For road runners inspired by the British Championships there was a mid-week meet available for them to test their mettle. The BRAT summerfield Smask 5k boasts a no-nonsense, no frills race for those who just want to go out and get a time. The men’s race was a hard fought one with a nail-biting four seconds separating the top three. Birmingham Running Athletics and Tri Club (aka the aforementioned BRAT) had their own men out podium hunting with great success thanks to Henry Broklehurst with his first recorded 5k and a winning time of 15:31.

Fellow BRAT Daniel Robinson finished in 15:34 which you’d think would be close enough for second but no! Jonathan Bradford of Birchfield Harriers charged in to separate the two and come home just one second behind the winner in 15:32. What a race!

The no-frills format clearly worked a treat for the ladies too – Wolves & Bilston AC’s Isobelle Jones took more than a minute off her previous best at the distance and won the honour of first lady in 18:20. Whilst not quite as stunning as the men’s finish, it was still a tight race for the ladies with the top three finishing within 38 seconds of each other. Scarlett Williams, also of Wolves, was second in 18:49 and Coventry Tri’s Imogen Peck sneaked under 19 minutes to take third in 18:58. Pickett of the bunch

In Cumbria they were running slightly longer in the Hoad Hill Harriers Ulverston Summer 10k. Again, it was the men’s race which offered an exciting race to the finish. Ross Campbell of Barrow in Furness Striders was first home in 32:31 followed by Callum Hanlon just one second later (Leamington C & AC). Oliver Gajdowski of Ambleside AC was shortly behind in 32:43.

It might not have offered a to-the-second battle with another athlete like the men’s race but Katherine Cousins had her own fight with the clock and won. She screeched in under the 40 minute mark and brought home the top spot for Lancaster & Morecombe in 39:58. It’s not her first sub-40 but we all know those seconds matter, however arbitrary the time may seem. 42:20 was enough to get second place for Hollie Black (Combe Runners). Alison King (Isle of Man AC) placed third in 43:32.

Ellesmere 10km was won by Jack Pickett in 32:37. The Wolverhampton & Bilston man was nearly a minute clear of second place Trevor Osborne (33:29) with Matthew McCormack third in 34:11. Kim Fawke of Lawley Running Clib was a comfortable winner in 38:35. Alexandra Walkley was second in 42:32 and Jemma Brown third (42:52).

At the Pikes Peak Ascent where the runners take on 13.32 miles, 7,815′ straight up, Colorado’s own Kim Dobson was the swiftest scaler of heights, finishing in 2:41:42. Joseph Gray, also of Colorado was fastest male in 2:08:59. We await news of the Pikes Peak Marathon results and whether Killian Jornet will break Matt Carpenter’s long standing record.