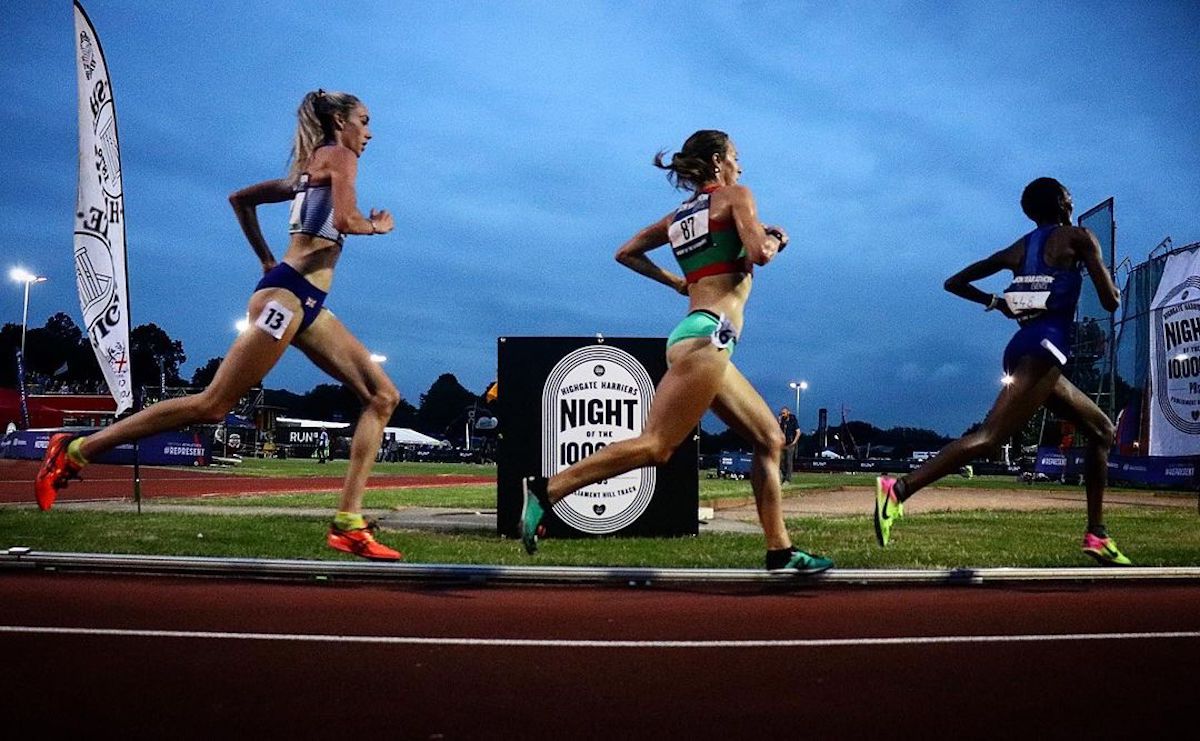 I don’t normally start my write ups with the European races, but it’s not every day that the history books of British athletics get rewritten. Thursday’s leg of the Diamond League saw a host of athletes take to the Bislett Stadium in Oslo for the Bislett Games.

There were plenty of standout performances, including a World Record for Karsten Warholm over the 400m hurdles, but the highlight came over twelve and a half laps, with a British Record for Eilish McColgan over 5000m (14:28.55), eclipsing Paula Radcliffe’s best from 2004. There had been some questions marks raised by some over the Scot’s Olympic selection for the 5000m after not competing at the British Championships last weekend, but it’s safe to say that performance responded to those questions!

Fast forward three days and Sunday saw a visit to the Swedish capital Stockholm, rewarding those competing with some excellent runs over two laps, with five Brits setting PBs. These included an incredible run by Keely Hodgkinson to improve by one second to 1:57.51, putting her third on the British all-time list for 800m.The men equally did not disappoint, with a PB for Elliot Giles 1:44.05 to finish third in the ‘a’ race. A secondary 800m race also saw lifetime bests for Archie Davis (1:44.72), Piers Copeland (1:44.75) and Jake Heyward (1:46.47).

Following disappointment at last week’s British Championships, there was a second place finish (1:46.04) for Jamie Webb at Wednesday’s Memoriał Ireny Szewińskiej in Poland.

The Guernsey Athletics Track & Field Series took place on Thursday, including two 1500m races where William Bodkin (4:04.78) and Nicole Petit (4:55.46) were fastest of 18 athletes.
Forty athletes took to the 5000m at Leamington Open & Club Championships on Thursday; Callum Hanlon set a PB to be fastest with 15:07.2, whilst Molly Browne’s 17:56.0 was the fastest of the women racing over twelve and a half laps.

Saturday’s Golden Stag Mile at Finsbury Park saw athletes race the 1609m distance in 14 races, with Highgate’s Hannah Viner setting a new meeting record for the women of 4:48.7. Taha Ghafari (4:19.3), also of Highgate, was the fastest male. I also ran in Hannah’s heat, finishing just shy of my PB with 4:45.5. Thanks to Barnet for organising a great event.

The Crawley 24 Hour Race took place over the weekend, with incredible runs from Damo Carr and Alex Whearity, with Damo going to fourth on the British all-time list for the event.

Both Carr and Whearity excelled, working together brilliantly at times, and their final distances were in excess of 262 and 257km respectively. The distance around the final lap is yet to be announced, but Carr seemingly had 43 seconds to run another 100m to get above 263m. The picture below shows he certainly tried a sprint finish. Damo Carr, having a party at the finish. Image provided by athlete.

The National Athletics League also took place this weekend across a number of venues, but at the time of writing results were not published and available, with a similar situation for a number of other track events held this weekend.

Olympian Chris Thompson tackled the challenging course at the Great North 10km to come home victorious in 29:44. Liverpool Pembroke Sefton’s Kirsty Longley finished over 5 minutes clear at the front of the women’s field and finished 6th overall in 35:11.

Our winners of the #GreatNorth10k 🏆

Sunday’s Welsh Athletics 5k Series in Pembrey saw a great performance from Caryl Edwards to cross the line in 16:54, with the five fastest women all running under 18 minutes. The men’s races were equally as competitive, with seven running under 15 minutes, led by Josh Griffiths (14:26), 14 seconds ahead of second placed Dewi Griffiths (14:40).

RunThrough and Warner Music’s 5k & 10k at Battersea Park on Wednesday provided Chris Williams (37:04) and Darren O’Gorman (17:17) with wins, although the results unfortunately do not distinguish by gender.

The Serpent Trail 50km hosted the Golden Trail Series National Race which attracted some strong athletes. Kirsteen Welch, fresh off the back of 5km and half marathon PBs last weekend claimed the women’s win with 3:56:44. 2nd place when to triathlete Bethan Male (4:07:25) with third place going to Lucy Williams (4:44:33). Welch’s time not only took nearly 40 minutes off the previous women’s course record but also smashed the previous men’s course record of 4:10:30. By that point though the record had already fallen and by some margin to Tom Adam’s of Ilkey Harriers who ran a stunning 3:15:58, with Brennan Townshend (3:18:59) and Jamie Stephenson 93:19:38) making it a very competitive podium. Finally, a shout out for Kim Collison who bettered the 24 hours Munro record, after completing a 33 Munro round in the Cairngorms in 23:48. That’s 100 miles with over 9km of elevation gain in a shade under 24 hours!

British middle distance is on fire
Calm before the Olympic storm