Calm before the Olympic storm 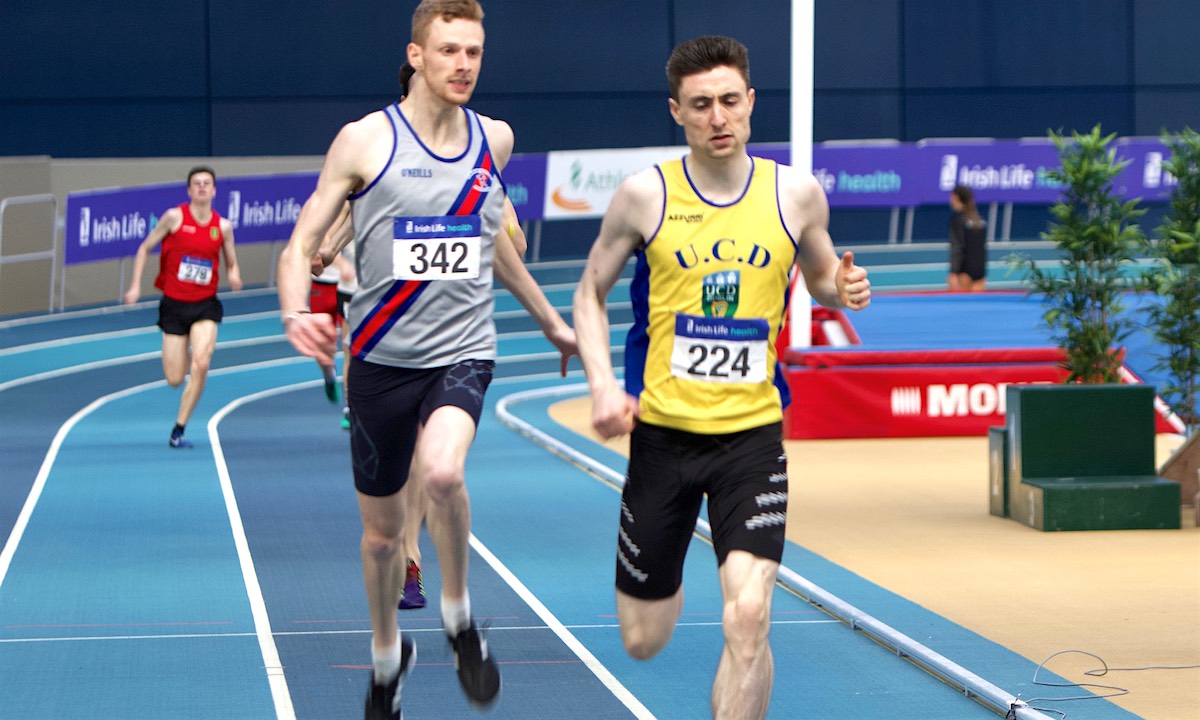 With Olympic spots sealed, some at the last minute, there was still some exciting racing for Lindie Naughton to report on.

Track racing for club standard athletes continued at the Leinster Track and Field Championships in Carlow over the weekend (June 3-4)with a number of closely fought race.

Winning a thrilling masters with the top three separated by less than half a sec and race in 4:22.50 was Rory Kavanagh of Dunboyne AC with Neil Sheil of St Killian’s AC second and first M40 and Ronan Moore of Trim AC third and second M40. Winning the junior race in 4:09.95 was Joseph Prendergast of Greystones and District AC.

Fast racing for all ages

Steven McAlary from City of Derry AC was the winner of the Glenmore 10-Mile in Co Donegal on Sunday (July 4) in a time of 51 minutes and 36 seconds.

Eoin Mullan from Omagh Harries was second in 52:33 with Finn Valley’s Dermot McElchar third in 54:40. Rosses AC’s Helen McCready was first woman in 63:41. The race, hosted by Finn Valley AC as part of the club’s Golden Jubilee Series.

Mark English booked his Tokyo Olympics place hours before the midnight deadline last Tuesday (June 29). At the Meeting Castello near Barcelona, English clocked a brilliant time of 1:44.71 to break David Matthew’s Irish record of 1:44.82 set in 1995.

Zak Hanna loved this race so much last year that he moved to the area. We’ve got no idea why… Photo: PizTri Vertikal in Malonno.

Zak Hanna of Newcastle and District AC won the the VK du Mont Blanc last Friday evening (July 2) in Chamonix, France.
Hanna, from Co Down, is currently based in Malonno, northern Italy.

The 3.8 km-long “Kilométre Vertical” route, with – as indicated by the title – 1000m of climb, has been part of the Mont Blanc Marathon weekend of races since 2011.

“Racing in the shadow of Mont Blanc is something special and what a course it was with the support along the way!”, tweeted Hanna afterwards.

Hanna, who only started running in 2015, has become something of a vertical specialist. Last summer, he finished third in the Piz Tri Vertikal in Malonno and second in the Vertikal Nasego VK in Casto.

McColgan & Hodgkinson flying into Tokyo
Into the mountains, with Morgan a favourite