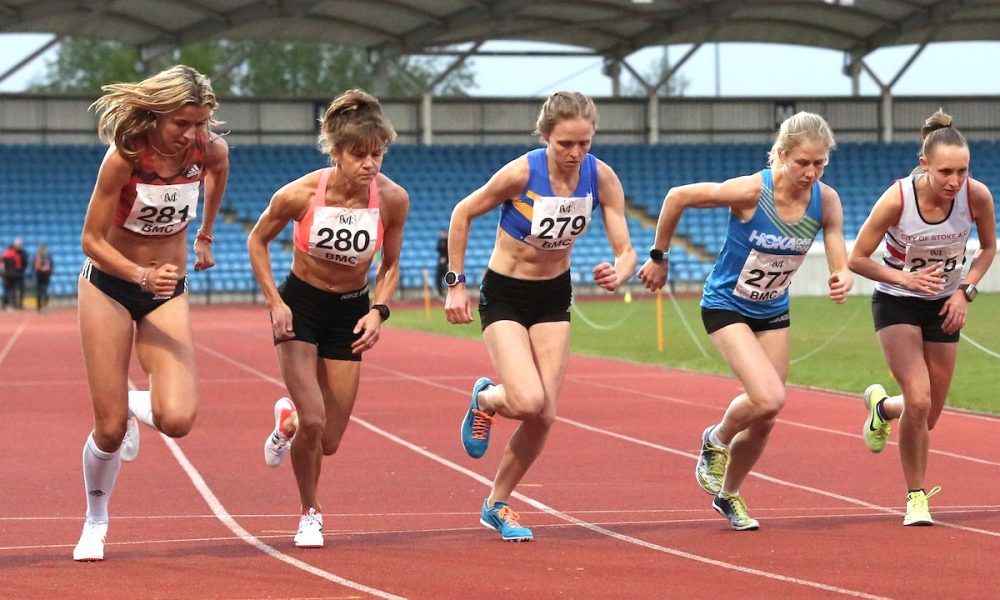 15 year-old Max Burgin makes noise in Manchester as Claire Duck and Stevie Stockton clock 5000m PBs, while in the US, Josh Kerr and Charlotte Taylor impress.

Max Burgin set a world age-15 record and UK under-17 best for 800m, clocking 1:47.50 at the first British Milers Club Grand Prix of the season at Manchester’s Sportcity on Saturday (May 12). More about Burgin’s stunning run can be found here. Elise Thorner set a European Youth Championships qualifier to win the women’s 2000m steeplechase in 6:52.68. Ben Thomas did likewise in the men’s as his 5:57.89 was good enough for third behind junior Alfred Yabsley (5:50.04).

Andrew Osagie was the sole British middle-distance runner in action, clocking 1:46.36 for seventh in the high-calibre race. The 2012 Olympic finalist was racing for the first time since the Commonwealth Games.

Britain’s Reece Prescod was the surprise winner in a top men’s 100m field as he claimed victory by 0.01s pipping China’s Bingtian Su to victory in 10.04. CJ Ujah finished fourth in 10.18.

On the roads this weekend, there were super quick times in Ipswich on Saturday night, and a report can be found here. On Sunday runners battled high temperatures in Bristol, while 10ks and half marathons in Leeds Sunderland, Oxford and Colchester also produced some fine performances. A full road running round-up can be found here.