A new Flying Finn in Turku 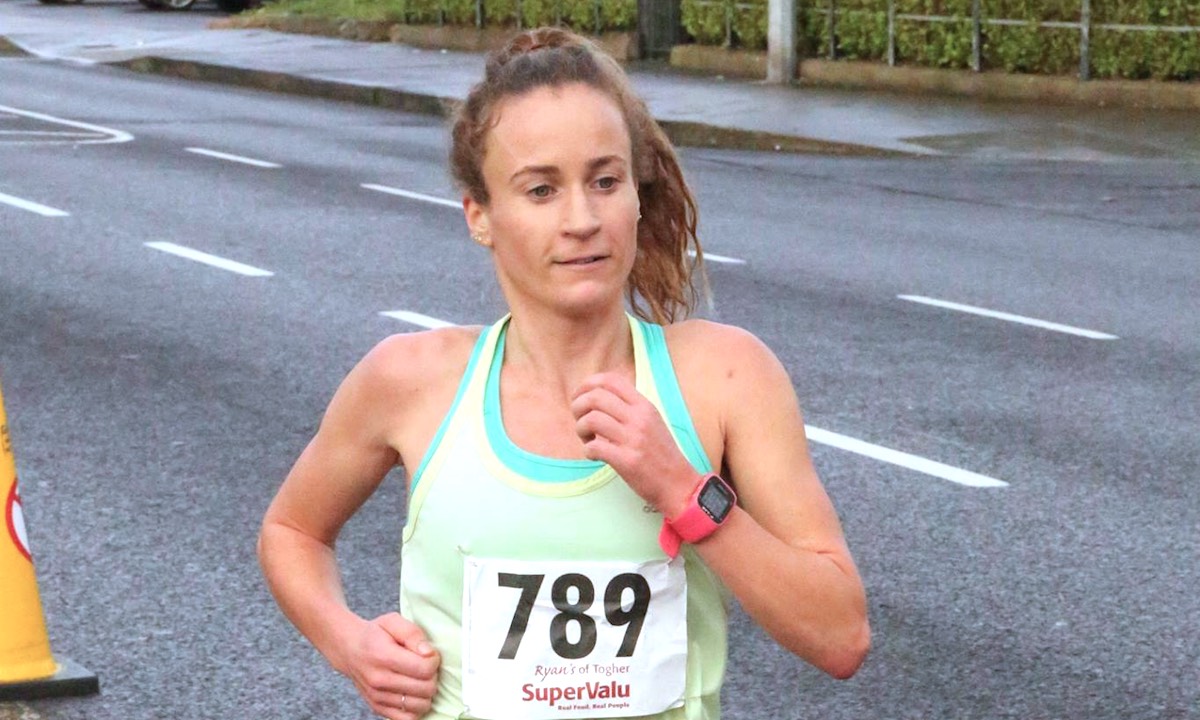 Michelle Finn of Leevale AC booked her place at the Tokyo Olympic with a qualifying time of 9 mins 29.25 secs when finishing second in the women’s steeplechase at the opening day of the Paavo Nurmi Games in Turku, Finland on Monday night (June 7).

Finn’s time was less than a second off Roisin McGettigan’s long-standing Irish record of 9:28.29 set in 2007. It puts her 24th on the ranking list for Tokyo, where 40 women will compete in the steeplechase. Finn was one of three Irish “steeple chicks” to qualify for the Rio Olympics in 2016.

On a good weekend for steeplechasing, Brian Fay of Raheny Shamrock AC clocked a personal best time of 8:29.75 when finishing second over the barriers at the Hungarian GP Series Tatabánya on Saturday (June 5).

Reilly is the son of two former Irish international athletes – Paul Reilly and Stephanie Reilly. Paul competed for Ireland at thee World Cross-Country Championships in 2002, while Stephanie qualified for the women’s steeplechase at the 2012 London Olympics. Brian Fay running for his club in the relays in a previous year.

Two athletes who did a lot of bag packing over the past week were Luke McCann and Nadia Power, both members of Dublin City Harriers.

McCann began his week last Tuesday at the Montreuil where he ran a personal best 3:36.81 for tenth in the 1500m. That time — his second under 3 mins 40 secs this season — leaves him second in the rankings behind Andrew Coscoran of Star of the Sea. Five days later he was at the Netherlands for the FBK Games in Hengelo, where he finished 15th in 3:44.48, his previous exertions still clearly in his legs.

Power’s first outing was on Wednesday evening (June 2) at the P-T-S Meeting, in Šamorín Slovakia, where she finished fifth in the women’s 800m in 2:02.02. On Monday, she was in Turku, where she again finished fifth in the women’s 800m in a marginally slower time of 2:02.10. Power is currently 31st on the rankings quota list for the Tokyo Olympics with a total of 48 women to qualify, so she’s looking good for a place on the Irish team. Closing date for qualification is June 29.

Also on Monday, two Irish women were in action over 800m at the Memoriál Josefa Odložila in Prague, Czech Republic. Louise Shanahan of Leevale AC proved fastest of the two finishing third in 2:01.99, with Georgie Hartigan of Dundrum South Dublin AC one place behind in 2:02.13.

Ireland had a single representative in each of the races at the European 10,000 Cup in Birmingham on Saturday (June 7). Lizzie Lee of Leevale finished 17th in the women’s race won by Eilish McColgan of Great Britain in a personal best time of 33:04.66. Lee was also first W40. Hiko racing on the roads, but he excelled on the track in Birmingham this weekend.  Photo: Lindie Naughton

Pick of the mid-week performances was a personal best 4:07.78 for Sarah Healy of UCD AC when winning the women’s 1500m at the Göteborg Friidrott GP, in Sweden on Wednesday (June 2). Healy’s previous best of 4:09.25 dated back to 2018. She’s current 51st on the Olympic quota rankings list, with 48 the entry limit.

Road running on the agenda too

Gavin Corey of Strive RC was the winner of the opening round in the Paul Murray 5km series at Eskra, Co Tyrone, on Friday evening (June 4) with a time of 15 mins 21 secs.

Ciara Toner of City of Derry Spartans AC was first woman in 17:37, followed by Eimear McCarroll of Loreto Omagh, also first W16 in 18.43 and Grainne O’Hagan of Knockmanny Runners in 19:16. First W50 and overall master was Donna Evans of Clones AC in 19:51. Organisers were Knockmanny Runners.