The 56th edition of the event was staged once again at Strathclyde Park and set a new entry record for the fourth successive year.

Traynor, who competed for Great Britain at the World Half Marathon Championships in Valencia last weekend, established a gap from the start which he built over the next 10 miles to finish well clear in first place crossing the line in a course record 47:59.

Runner-up was Kenny Wilson of Moray Road Runners (49:43 mins), improving on his fourth place from 12 months ago and claiming a first individual award at the event.

Dermot Cummins, who placed third at the 10 Mile event back in 2013 repeated that feat on Sunday, finishing 16 seconds behind Wilson in a time of 49:59.

The prizes for second and third in the West District 10 Mile Championship were awarded to Stephen Trainer of Greenock Glenpark Harriers (50:37) and Stuart Gibson of Cambuslang (51:56).

Sarah Inglis sets course record of her own 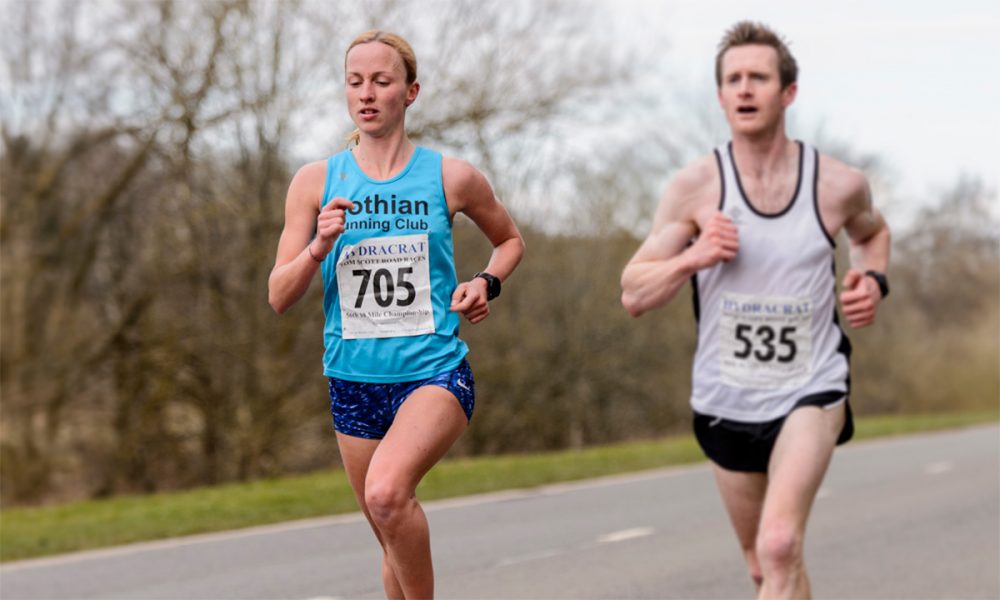 Inglis ran superbly to cross the line in 55:34 to claim the 10 Mile titles taking 16 seconds of the previous course record set by Fionnuala Ross two years ago.

The Lothian RC athlete has competed in Canada and the USA in recent months, running 16:27 over 5k and 81:18 in the Arizona Half Marathon.

Crossing the line in second place was Mhairi Maclennan of Inverness Harriers in a time of 56:31.

The Scottish Men’s Masters title was awarded for the first time to Leon Johnson of Edinburgh AC (54:03), who edged Darran Muir of Law & District (54:10) and the 2007 Tom Scott 10 Mile champion David Millar of Irvine Running Club (54:21) in an extremely tight battle.

The Scottish Women’s Masters title was won by two-time Tom Scott 10 Mile champion Fiona Matheson of Falkirk Victoria Harriers (61:44) who was some 67 seconds ahead of Currie and Thompson.