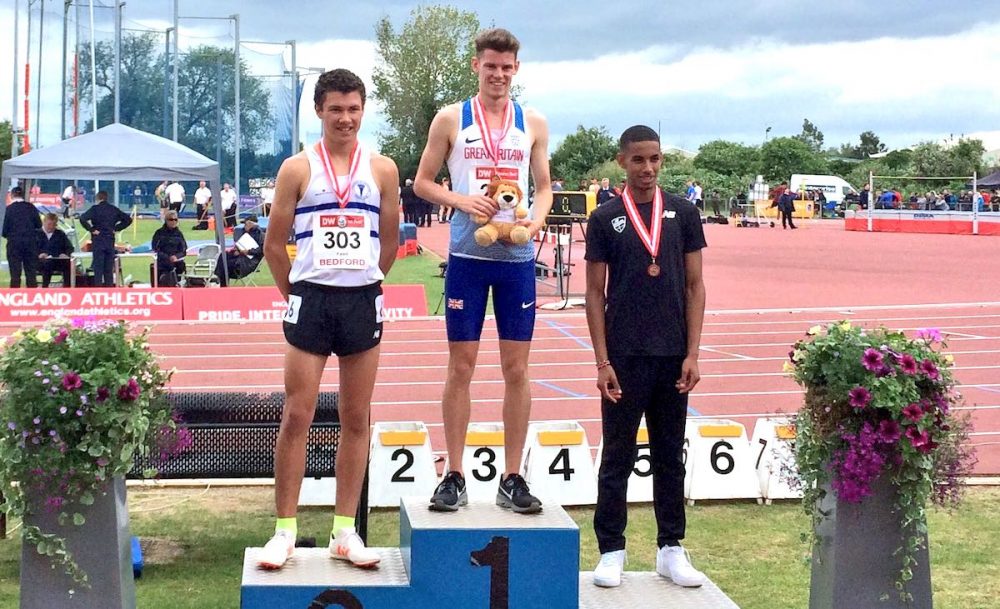 British runners impressed in Germany and France, while the under-20 and under-23 athletes were in action at the England Athletics Championships.

Jake Heyward won his third straight U20 men’s 1500m title with a commanding performance. The European U20 1500m champion won comfortably in 3:54.07 and booked his place on the British team for the World Junior Championships in Tampere next month.

🇫🇮 The latest name on the ✈️ to the World Juniors is @jakeheyward7 and after conquering the field at Bedford, he now feels he's ready to conquer the 🌍 pic.twitter.com/9L0xVritIr

In Tübingen, Germany at the Internationales Soundtrack-Meeting, steeplechaser Rosie Clarke done without the barriers and ran a big personal best of 4:07.69 to finish seventh in the women’s 1500m. Katie Snowdon and Hannah England finished 12th and 14th respectively, while Ireland’s Ciara Mageean was fourth in 4:06.70.

Not everyday you get to run a 4 second PB over 1500m 🙌💙
Thank you #soundtracktuebingen for a FANTASTIC meet! https://t.co/2EsWfXjGd5

Irish 17 year-old Sarah Healy finished 11th smashing her own Irish U18 record with a 4:09.25 run that moves her to number two on the European U18 all-time rankings. You can read more about the Healy’s performance here.

In the women’s 800m Adelle Tracey ran a season’s best 2:00.46 to finish second and achieved the standard for the European Championships.

Marathon runner Jonny Mellor made a return to the track and won the men’s 3000m race in 8:04.39 ahead of Tom Lancashire and Charlie Hulson.

Meanwhile, on the roads this weekend, Luke Traynor ran the third fastest ever 10k by a Scot, the first Summer Speedway 10k produced fast times as did races in Eastleigh, Freckleton, Richmond, Barrowford and Guernsey. A report on recent road racing can be found here.