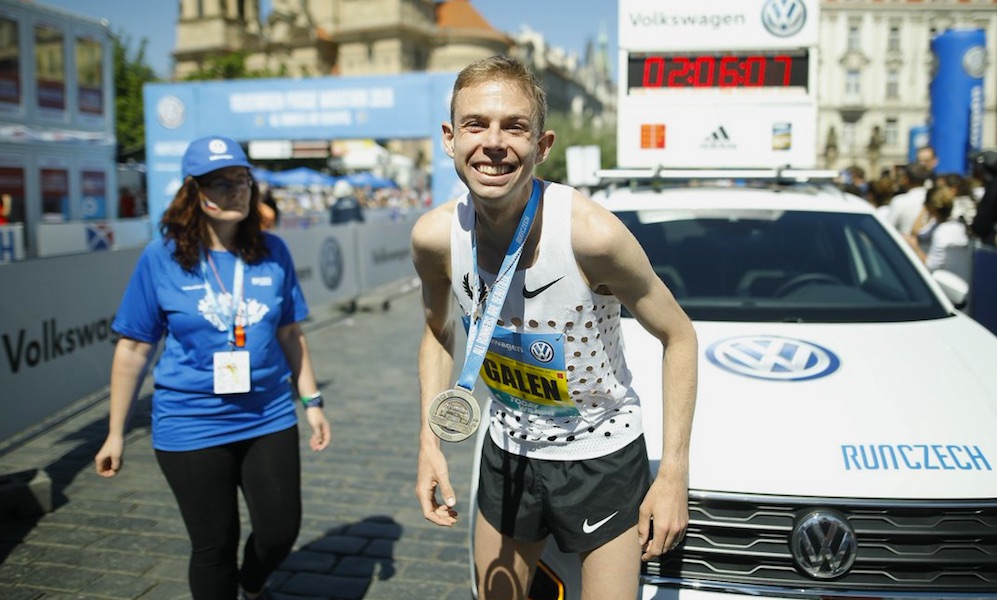 The American bounced back from his Boston disappointment with victory in the Czech capital.

Galen Rupp took more than three minutes off his personal as he clocked 2:06:07 to win Prague Marathon on Sunday (May 6).

After coming through halfway in 63:01 the 31 year-old made the decisive break on Ethiopia’s Lemma Sisay at the 24-mile mark and went on to win by almost a minute. Rupp’s winning time is the fastest by an American-born athlete on a record-eligible course.

“Sisay is a really great marathon runner, it was no easy feat and I’m really pleased I managed to defeat him and win,” said Rupp at the finish. “I tried to keep a check on my pace, to get into it and stay positive. I’d like to say thanks to Carlo and his RunCzech team for inviting me to Prague and for making it possible for me to be the first American to win here, and to do so in such a good time too.”

The two-time Olympic medalist’s victory comes 20 days after he dropped out of the freezing cold Boston Marathon at around the 19 miles after difficulty breathing and experiencing symptoms of hypothermia.

The conditions in the Czech capital were certainly a lot more favourable for fast times and the American sliced a huge chunk off his 2:09:20 best set in Chigaco last year.

It is a second win and PB in Europe this year for the Chicago Marathon champion who clocked 59:47 at the Rome half marathon in March to take 43 seconds off his 2011 best.

Kenya’s Bornes Jepkirui Kitur won the women’s marathon in 2:24:19 ahead of Ethiopia’s Belaynesh Oljira in 2:25:13. Compatriot Amane Gobena completed the podium in 2:27:43.