Course records for Matt Clowes and Tracy Barlow in Swansea 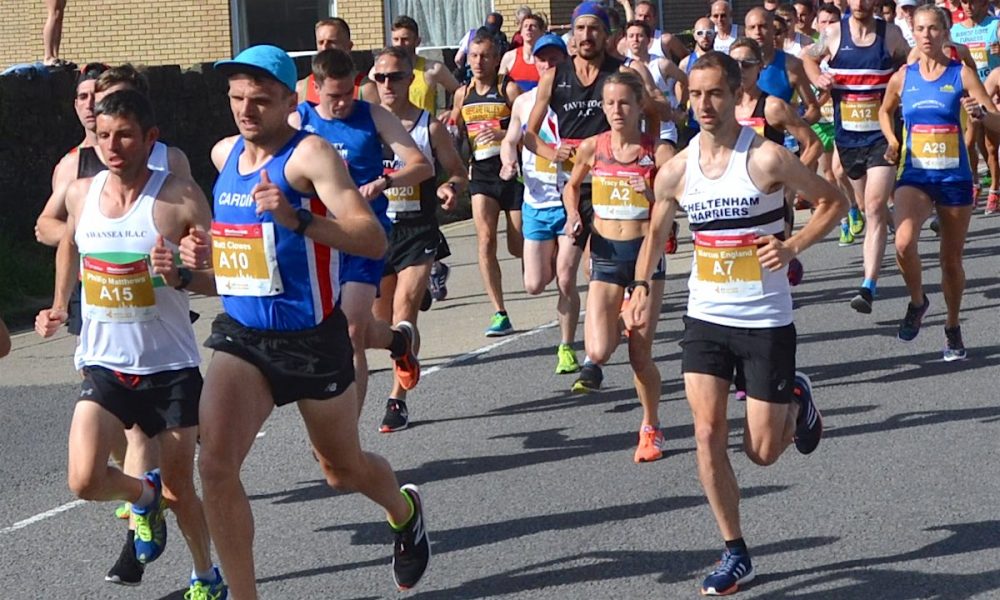 New course records at the Welsh city half marathon as 1000s of runners battle the heat.

Matt Clowes took the men’s honours at the JCP Swansea Half Marathon on Sunday (June 24) in a course record time of 64:43, while Tracy Barlow was the dominant runner in the women’s race crossing the line in another course record 73:51.

Cardiff AAC’s Clowes and Josh Griffiths shared the early lead in Swansea, heralded as the UK’s best Half Marathon for 2017 and 2018.

The seaside race takes runners from the start at the Brangwyn Hall, out to Oystermouth Road and up to the turn-around point in Mumbles, giving spectacular views across Swansea Bay, before heading back to the finish at Museum Green.

The 10km point was passed in 30:51 and it was then that Clowes decided to increase the pace. The Cardiff man duly began to pull away from the 2017 British Marathon Champion.

He went on to take victory and revise the course record set by 2:09 marathoner Dewi Griffiths in 2017 by six seconds, stopping the clock in 64:43. This meant a seventh win of 2018 for the Cardiff based athlete, which included victory at the Llanelli Half Marathon back in February.

Griffiths finished second in 66:10 similarly with some daylight between him and the third man, club mate Phil Matthews who came home in 69:35

“The race was good today, I went out with Josh to feel it out and see what the temperature was like,” said Clowes afterwards. “I pushed on at six miles, to see what happened and maintained it all the way around.

“The course was really good and the support was fantastic all the way around. It was great to take the course record.”

Tracy Barlow enjoyed a dominant win in the women’s race, producing a healthy lead by the 10km mark passed in 32:28 and going on to lower Hannah Walker’s course best to 73:51. The Thames Valley Harrier had always looked the class act in the field with recent career highlights including a 72:35 half marathon best set at the IAAF World Half Marathon Championships, Valencia in March and a credible ninth position at the London Marathon in April.

Commenting after her win Barlow said: “I really liked the course this year. I didn’t find it too hot, I prefer warmer weather. We had a sea breeze that kept you cool.

“I’ve got the European Championships in seven weeks time so it’ll be a good block of training now. I can build on today for the Championships.”

Natasha Cockram was the next athlete home and the first Welsh finisher, clocking 78:47. The MMRT athlete re-set the Welsh Marathon All-comers record at the ABP Newport Wales Marathon in April with 2:44.