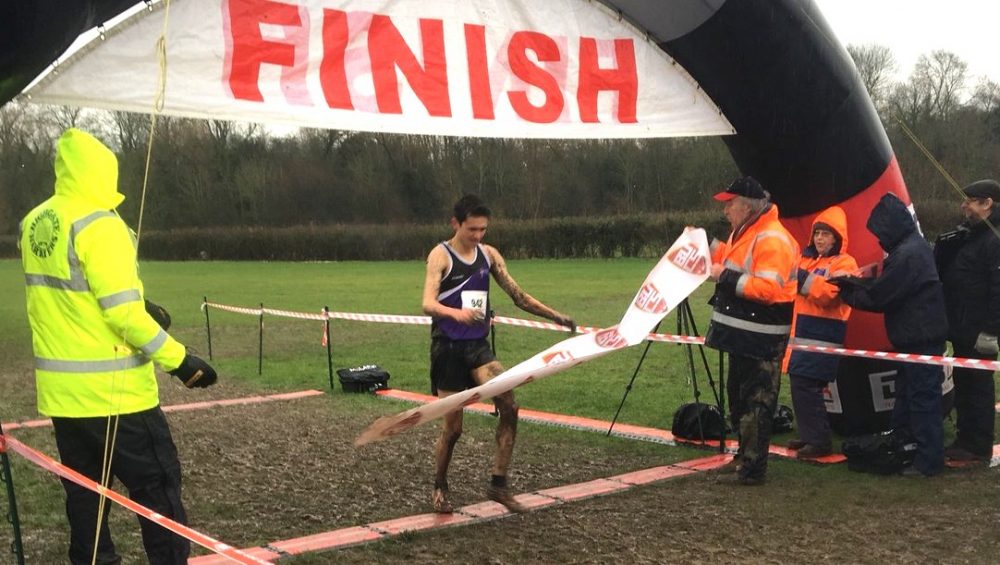 The runners from Leeds Beckett and University of Manchester claim the 2018 honours.

Almost eight months after he sustained broken ribs, vertebrae and a collapsed lung in a bike crash, Alex Yee showed he’s back with a fantastic win to seal the men’s title in true cross country conditions at Hillingdon House Farm.

In his first race following the serious collision at the ITU Triathlon World Cup in June of last year, the Leeds Beckett University athlete demonstrated once again what a talent he is.

Despite suffering a cut to his foot early in the race and a stumble on the river crossing the talented triathlete and runner battled on to take the win three seconds ahead of his nearest challenger.

Last year in May prior to the accident, Yee posted 13:37 for 5000m to break the British junior record that had stood since 1981.

Southampton Solent’s Mahamed Mahamed, who made his Britsh senior debut at the European Cross Country Championships in December, finished fourth in 32:47. Jack Millar of Oxford completed the top five spots with 33:19.

Harriet Knowles-Jones, the European U20 cross country champion, was the unexpected winner out of over 700 runners in a close women’s race.

The University of Manchester runner took the title in 22:39, four seconds ahead of last week’s South of England champion Phoebe Law and Philippa Bowden. St. Mary’s runner Law and Brunel’s Bowden crossed the line in 22:43.2 and 22:43.9 respectively.

“I am so happy, it was completely unexpected,” said Knowles-Jones afterwards. “Because it was longer than I am used to the plan was just to hold on. The bunch never really broke up, I am not too close races like that.”

St. Mary’s Luke Prior won the men’s short course in 26:58. Second and third over the 7.9km course was Loughborough pair Kieran Reilly and Freddie Carcas leading their university to team gold, followed by St Mary’s and Oxford University.