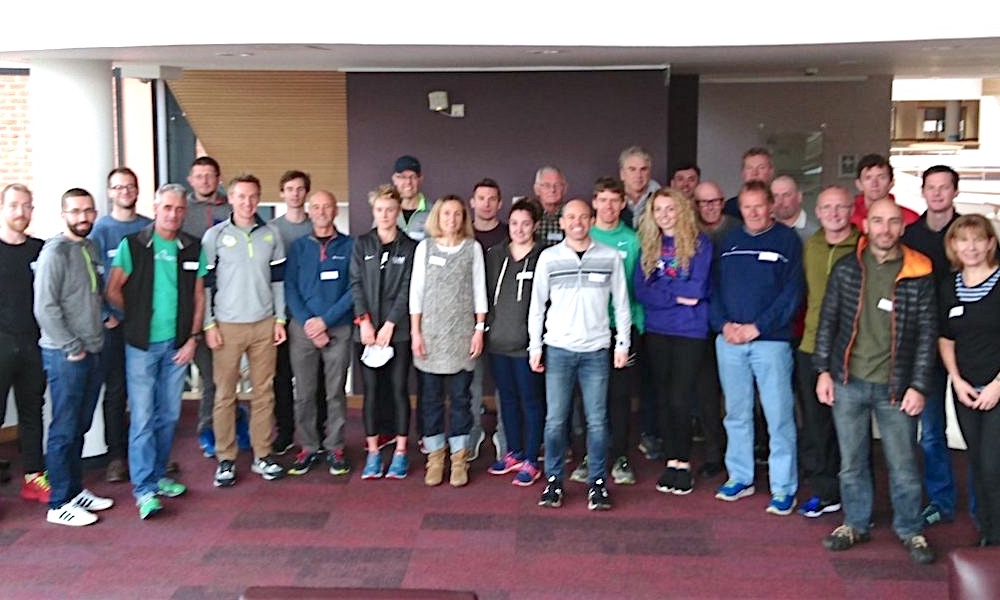 After another successful event in Liverpool the last time around, organiser Keith Scofield is looking to keep building momentum.  “Last time Steve [Vernon] and Mike [Baxter] arrived early and were there all day talking to people,” said the Hercules Wimbledon man. “Attendees included 2:11 man Jimmy Ashworth, Lindsay Dunn and Allison Benton as one of the speakers.”

It was a great learning and networking opportunity for all 25 coaches and athletes that attended. “A chance to rub shoulders with some real running royalty and this time will hopefully be no different” feels Scofield.

July’s event will be no different and the four speakers lined up bring a wealth of coaching and athletic experience to the table.

Lindsay Dunn – a coaching legend in the UK who has coached Olympic medalist Charlie Spedding, Brendon Foster and Barry Smith to name but a few. Dunn now has a group in based in The north-east, with Carl Avery  a standout athlete who had a fantastic winter with second in Northern XC, third at the English National XC and seventh at the Inter-Counties. Avery also recently added a 14:02 at the Ipswich Twilight 5k.

Jeff & Zak Seddon – Jeff is Zak’s father and coaches at Bracknell AC. Zak is currently GB’s top Steeplechaser, ran in the World Champs 2017, was fifth at the 2018 Euro Champs, and just last weekend ran a sensational World and Olympic qualifying mark of 8:21.28 for the 3000m steeplechase at the Rome Diamond League.

The event is set for the 7th of July and tickets are still available here.

We’ve learnt that good tea and cakes are almost as important as the high quality of speakers on offer so you will not be disappointed.

The last two Endurance conferences have been received really well by all who attended and this is a great opportunity to talk and learn from vastly experienced members of the running community. From Olympic athletes to award winning coaches, everyone wants to help each other improve and improve the quality of the British endurance community as a whole.

When looking at research into the development of expertise within coaching, a key factor that many highlight is the importance of a strong network. Having a good level of communication with your peers and mentors will make you a better coach in the long run.

Events like the UK Endurance Conference will help any athlete or coach, young, old, experienced or new, develop a stronger understanding of your sport.

So don’t hesitate and book your tickets today. They are only £9.50, a bargain.