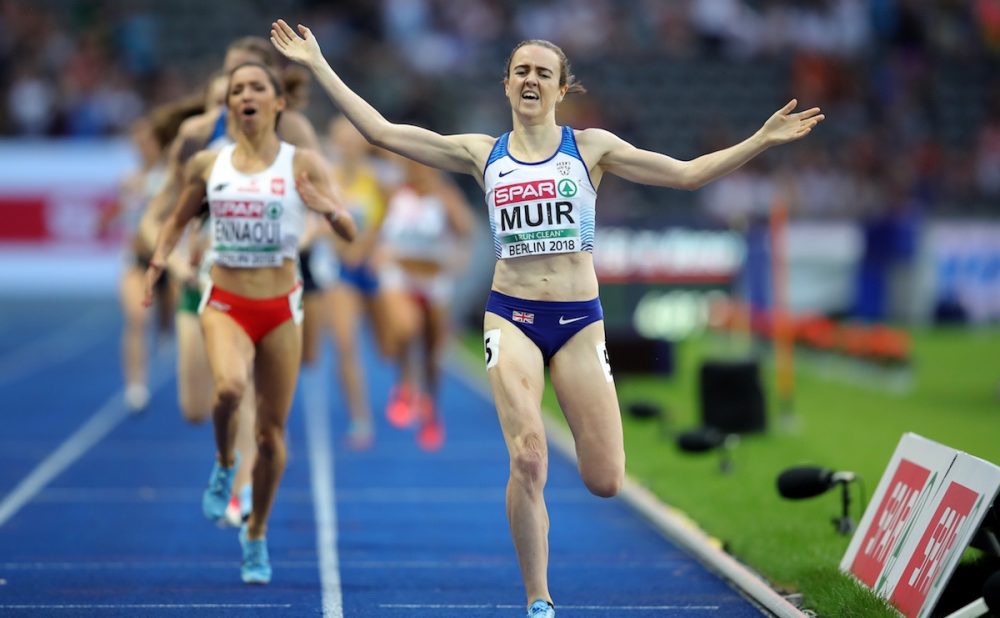 “I was really happy breaking the indoor record at the Birmingham Grand Prix last indoor season which was great,” said Muir. “But I find indoors with the 200m track it is psychologically quite easy – five 200m laps – outdoors it is not something I have done much, but in Berlin I ran the last kilometre hard there, which wasn’t intentional, but I guess in a way that is quite good prep for this.

“As long as the conditions are good tomorrow, I feel like I am on target to go for it tomorrow.”

Speaking to the media, the Olympic, World, Commonwealth and European medallist said: “It has been a really busy and tiring week, but it has been great. It has been great to see the support that us as a team got from all the public back home.

“When we were out there, we were in like a bit of a bubble, so we didn’t actually know the impact it has had on the nation so to comeback and to kind of understand that and be chased for some many things, this week has been great.” “It’s more like an Olympic final tomorrow so I am really, really excited. It’s typical that we have got an Olympic final straight after the Europeans, but I am really, really excited. You know the girls, we don’t avoid racing each other, we always just turn up, and I think this race in Birmingham is a great demonstration of that,” Asher-Smith added.

The start list for the men’s 100m is equally impressive, and world leader for both 100m and 200m Noah Lyles is looking forward to proving his worth as the world’s quickest sprinter this year.

“A lot of people as we are getting to the end of the season are putting down a lot of PRs. I’m looking to running against fast people and showing my worth.”

Taking to the 100m start line alongside Lyles will be newly crowned European champion Zharnel Hughes. On competing against the world’s best sprinters, Hughes said: “To be honest, I don’t feel any pressure going into the race. For me, it is just about staying focused and staying focused on myself. It is about going out there and doing what I have been doing all season which is to execute my race.

World indoor pole vault champion Sandi Morris will return to the city where she won her first global title in March, and the Diamond League leader can’t wait to compete again in Birmingham.

Morris said: “I have such amazing memories from this past indoor season, winning my first gold at a global championship, there is nothing like the UK crowd. The fans are absolutely incredible and so knowledgeable, and it really helps the athletes feed off the energy of the crowd. I am just excited to come and jump again in Birmingham.”

With the world’s best pole vaulters competing in Birmingham, including Olympic, world and European champion Katerina Stefanidi, Morris is expecting fireworks in the pole vault competition on Saturday.

On the opposite side of the Alexander Stadium, the world’s best long jumpers will take to the runway in the women’s long jump; a competition which will feature World Indoor pentathlon and Commonwealth heptathlon champion Katarina Johnson-Thompson.

The European silver medallist said: “It’s a very tough field, but I love events like that and I love the long jump, it is my second favourite event, so I am glad Birmingham is putting the long jump on. It’s a competition, who knows what is going to happen on the day, I am just excited to be competing.”

The Muller Grand Prix Birmingham will also serve as a homecoming celebration for Britain’s European Championships team. Topping the medal table with 18 medals – including 7 golds – in Berlin, the British team will be paraded around the track at 12:47 tomorrow to the applause of the crowd before the Diamond League programme gets underway.