Santa Dashes and Christmas crackers take over this weekend’s racing 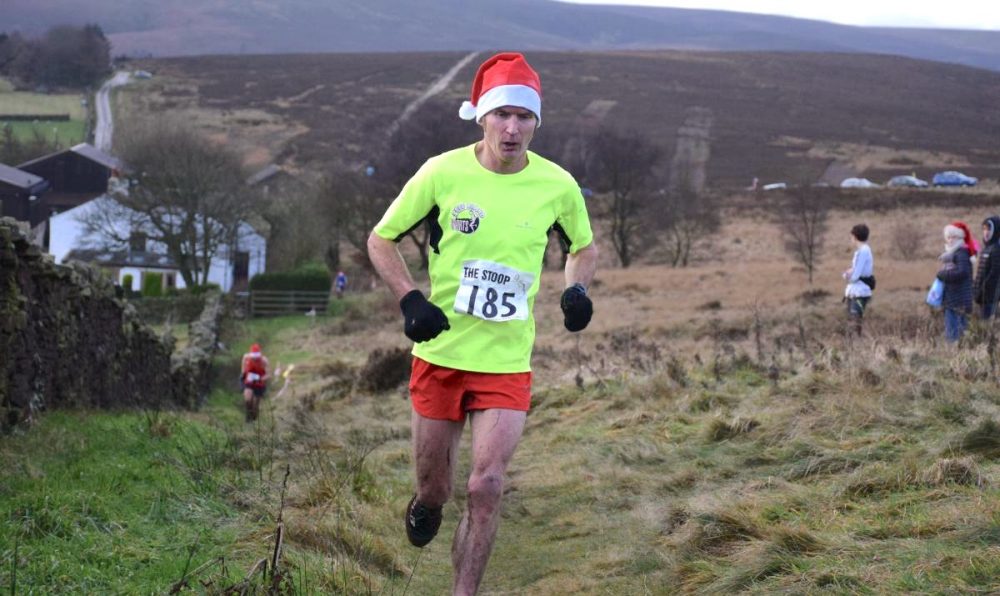 Santa Dashes, Turkey Trots, Jingle Jogs and Christmas Crackers are in store this weekend as the running world gets ready for the festive season.

Following the European Cross Country Championships last weekend and with Christmas just around the corner, competitive racing mostly takes a back seat until the New Year, but there is still plenty of races if you want a break from the festivities.

Previous winners of the 8km fell race with 250m of ascent and descent include 11-time winner Ian Holmes, Tom Adams (Ilkley) a four-time winner and Rob Hope (Pudsey and Bramley) has eight titles to his name. Stockport Harrier Andi Jones holds the course record with 28:52 from 2005.

Holmes, who won his 11 titles in consecutive years between 1991 and 2000 is among the leading entrants this year. Now a Vet 50 Holmes is known for his descending skills and he can still strike terror into any opponents who are in front of him on a downhill. Other strong contenders will be GB international mountain runner Adams, Joe Baxter (Pudsey and Bramley) and Max Wharton of Calder Valley.

Emma Clayton a two-time Wolrd Mountain Running medalist is the leading entry in the women’s race. Nichola Jackson of Ribble Valley could very well be in contention also, as could Ruby Sykes of Holmfirth.

The popular race is one of many organised by stalwarts of the fell running scene, Dave and Eileen Woodhead. In 2015 the duo were both named in the Queen’s New Years honours list and received a British Empire Medal (BEM) for their services to the sport. The couple who also photograph races across Yorkshire and beyond are set to retire after their equally popular Auld Lang Syne race held on New Year’s Eve.

Known for their enthusiasm, abundance of chocolate prizes, their Yorkshire patriotism and ethos of having fun, they will be sadly missed.

One of the final marathons of the year will take place this Sunday on the South Coast, starting and finishing at The Pyramid Center in the city. With many athletes done and dusted with their marathon aspirations for 2017, the race will still see over 2000 entrants line-up.