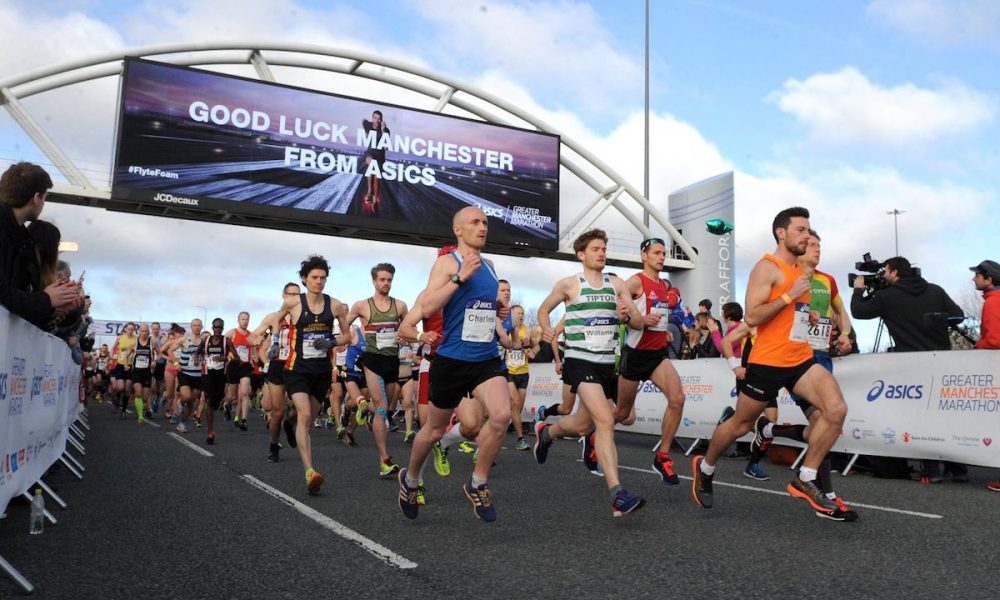 Thousand’s of runners will join leading entry Shadrack Tanui on the start line for the ASICS Greater Manchester Marathon on Sunday (April 8).

The Kenyan runner is targeting a course record in his first race in the UK, and with a personal best of 2:10:39 from the Seville marathon last year, has every chance of doing just that.

Outside of his native Kenya, the 31-year-old is not too well known, but he is the brother of 2011 London Marathon winner Emmanuel Mutai.

“I am really looking forward to coming to the UK for the first time to compete in the ASICS Greater Manchester Marathon,” said Tanui. “I have heard the course is easy to follow and the Manchester support around Trafford is great. I am hoping to run my best time.”

Also lining up in the elite men’s race is Southport Waterloo’s Ben Johnson who has a PB of 2:21:46 and clocked 67:54 at last month’s Big Half in London.

Irish runner Mark Ryan will make his marathon debut after running 68:22 last month to win the Meath Half Marathon.

Laura Riches, who has been sharing her running journey on Fast Running as part of the ‘Fast 10: class of 2018‘, will also make her debut on Sunday and aims to break the three-hour mark. You can read all about Riches’ year so far here.

“I’m feeling excited but extremely nervous, it’s something which was completely out of my comfort zone about six months ago, but I think I’m ready,” said the Leigh Harrier ahead of Sunday. “How was the preparation? Well, I had a bit of an injury and a bad half term cold, so my taper went well as I couldn’t run. Haha.

“But I managed to get one more long run in which has helped my confidence, and I’m feeling fit and injury free now, so I am ready to go.”

Joining Riches on the women’s start line is Wakefield’s Julie Briscoe who returns to the distance for the first time since her 2:39:43 personal best in 2014.

Scottish 2:42:37 runner Katie White is also among the entries and heads into the race in good form following a win at the Inverness Half Marathon last month.

The Greater Manchester Marathon, which starts and finishes in Trafford, was won last year by debutant Stockport Harriers Pat Martin in 2:22:37 and Georgie Bruinvels in a time of 2:37:03.

Known for its flat course, friendly supporters, and being a PB breaker for many, the event is building up to be one of the top road races in the UK this year.

The race starts at 9:00am on Sunday morning and will be streamed live on the Manchester Evening News website.

Ahead of the event two-time champion Dave Norman also shared his top tips for success over 26.2 miles, which you can be found here.