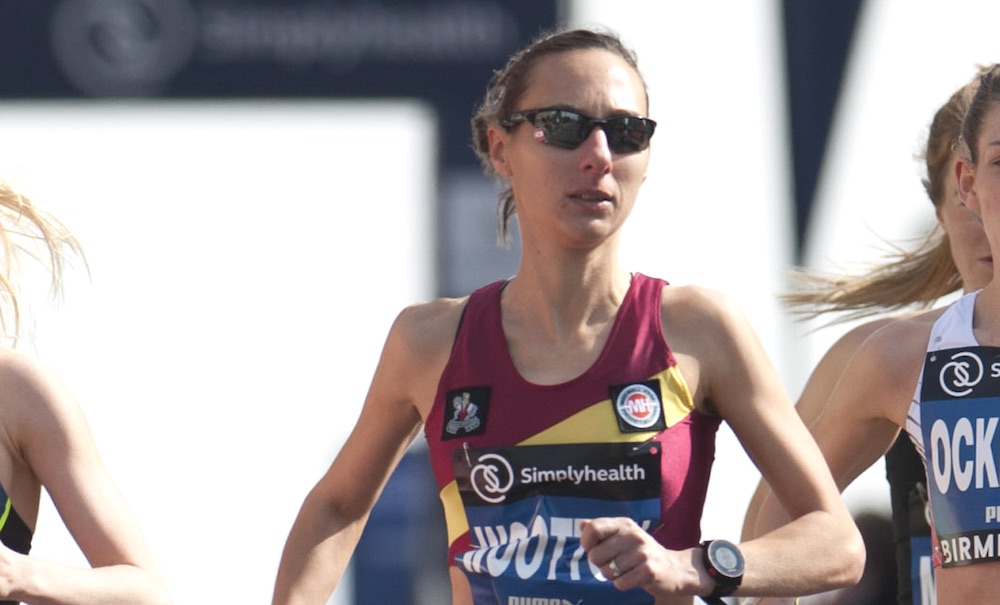 It’s a busy four days with some top road and track running in the UK, Ireland and abroad over the bank holiday weekend.

After the English 5k championships last week, it’s the turn of the Scottish runners on Friday (May 4), before the Welsh best get set for their champs on Sunday.

Elsewhere, strong fields featuring Katrina Wootton and Andy Vernon are set to race on the streets of Birmingham on Sunday and Eilish McColgan is among the British athletes in action at the Diamond League opener in Doha on Friday.

The Fife AC runner clocked 16:43 to win the 2017 title and among her challengers this year should be Jo Williams of Lothian RC, Jenny Bannerman of Inverness and Anna Macfadyen of Edinburgh Uni Hare and Hounds.

Kris Jones won the men’s crown last year in 14:31, but is not racing, leaving Lachlan Oates of Shettleston and Logan Rees of Fife AC, who were first and second in the Scottish 10,000m Champs last month, among the favourites as well as Alastair Hay of Central AC.

Doha hosts the first Diamond League meet of the season with Eilish McColgan racing over 3000m. She will face Hellen Obiri and Jenny Simpson, who recently set a new American record for two miles.

Jack Green competes in the 400m hurdles and among his rivals are Commonwealth gold medallist Kyron McMaster.

The event will be broadcast live in the UK on Eurosport 2 on from 5pm, with highlights on BBC Two on Sunday from 6pm.

Jess Judd and Phoebe Law are among the top student athletes on the entry lists for the BUCS Championships this weekend in Bedford.

Loughborough’s Judd, who competed over 1500m at the recent Commonwealth Games, is listed in both the 800m and 5000m entries. In the 800m top contenders include Mhairi Hendry and Leah Barrow and Emily Dudgeon.

Steph Pennycook, Hannah Nuttall and Emily Hosker-Thornhill lead the entries in the women’s 1500m, while in the 5000m entries includes Law, who had a superb cross country season, Judd and Jenny Nesbitt.

At last year’s meet in Greystone, just outside Dublin, 53% of athletes ran PBs and this year organisers have once again expecting fast times with some top entries. In the 800m races, Kevin McGrath who has a 1.48 PB makes a return to the track, while Jo Keane of Ennis Track and Metro St Brigids’ Molly Brown lead the women’s event.

Katrina Wootton, who was the fastest British woman over 10,000m on the track in 2017, finished fourth overall and first British woman in last year’s event and heads the women’s field in Birmingham.

Irish athlete Shona Heaslip, who recently the Irish 10k championships at the Great Ireland Run to add to her national cross country crown, makes the trip across the Irish sea.

Britain’s Andy Vernon will face Ugandan Moses Kipsiro, a world bronze medalist over 5000m back in 2007, and 39 year-old French runner Bob Tahri in the men’s race. Luke Traynor, who won the Scottish 10-mile championships earlier this year has been in great form on the roads including a 61:57 half marathon personal best in Barcelona in February.

The race will be broadcast live in the UK on Channel 5 from 10am.

Incorporated into the Cardiff 5k, the Welsh championships will see defending champion and course record holder Tom Marshall go head-to-head with Ieuan Thomas and Jonathan Hopkins in the men’s race. A full preview can be found here.

Three-time champion Joel Kipsang Kositany, who has a 2:09 marathon best, returns to Belfast on Monday. His best time on the course is 2:17:39 set in 2016. Among his challengers should be fellow Kenyan athletes Eric Koech and Dan Tanui.

Kenya’s Caroline Kepchirchir, who has 2:27:27 best, heads the women’s field. She will face 2016 winner Berhan Gebremichael of Ethiopia and Northern Ireland’s Laura Graham. The Mourne runner became the first Northern Irish woman in almost 20 years to win the race last year, before going on to retain her Irish title at the Dublin Marathon in October.