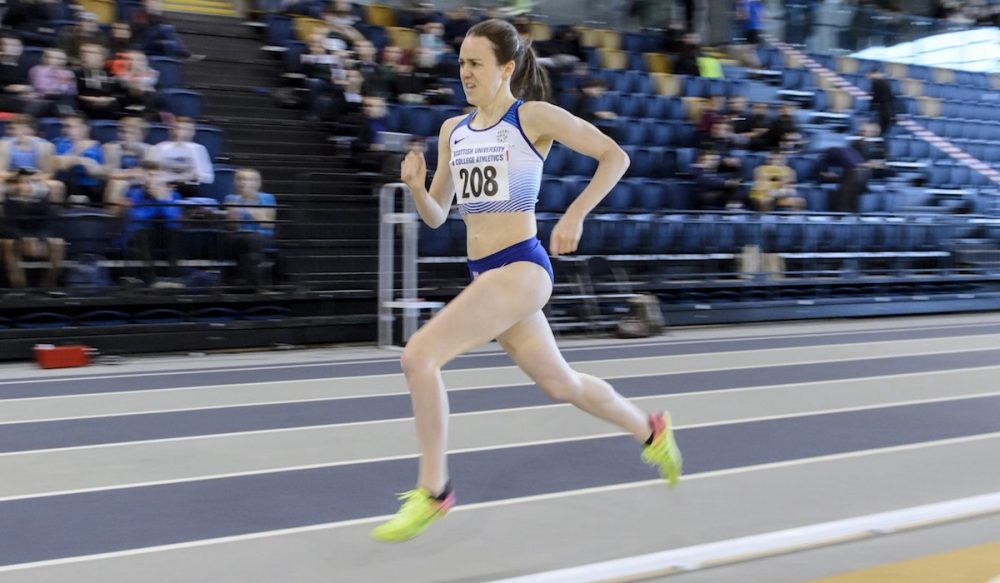 Muir posted a time of 4:05.37 to win the Scottish Unis 1500m title at the Emirates Arena in Glasgow and took yet another Scottish record in the process.

The previous native record has stood since 2006 when Susan Scott clocked 4:11.39 on Scottish soil.

Since the turn of the year, the double European indoor gold medalist has broken the Scottish 800m indoor record as well as claiming the national indoor 3000m title.

The 800m record was broken on 28 January with the 24-year-old clocking 1:59:69 to improve on Lynsey Sharp’s previous record.

Lowering the Scottish indoor 800m record Muir became the only female in history to go sub-2mins indoors for that event in tandem with breaking 8:30 for 3000m and 15:00 for 5000m.

Muir’s next race will be over 3000m at the British Indoor Championships in Birmingham next weekend (February 17).

Also at the championships today Nikki Manson’s jump of 1.90m in the high jump sets a national and native record (subject to confirmation).