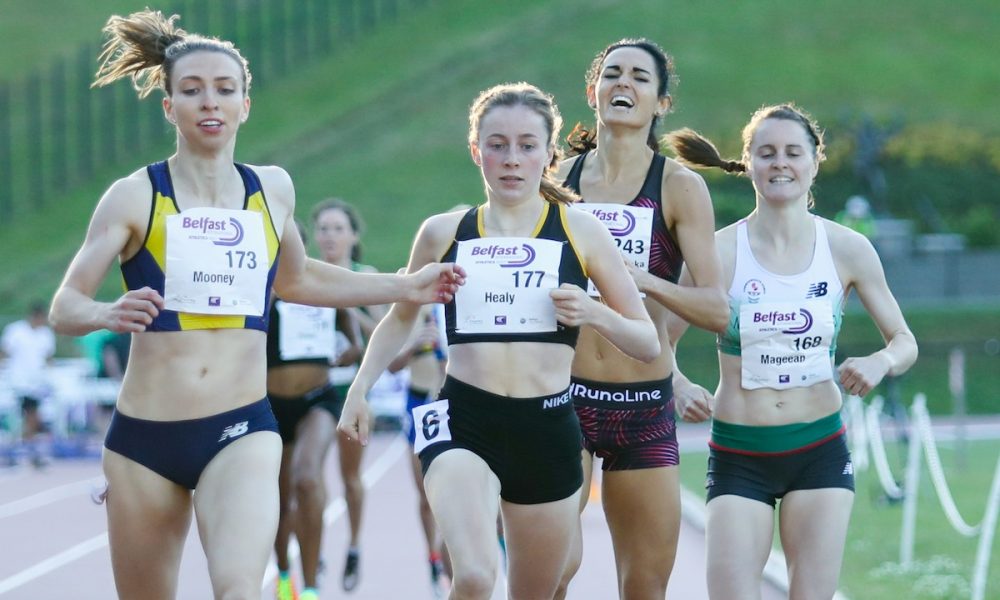 Sarah Healy, Sophie O’Sullivan and Rhasidat Adeleke are among the young Irish athletes hoping for medals in Gyor.

A 23-strong Irish team is set to take on the best from the continent at the European Athletics U18 Championships that begins today (Thursday, July 5) in Gyor, Hungary.

Sarah Healy, Rhasidat Adeleke, and Cian McPhillips are also among with medals in their sights in the second edition of the competition.

17 year-old Healy tops the 1500m rankings by 10 seconds after her recent 4:09.25 run Tubingen, Germany. It was the fastest run in 32 years by a European youth athlete.

Longford’s McPhillips is another leading light on the rankings and he is second in the 1500m with his time of 3:49.85.

The teenager daughter of Irish legend Sonia O’Sullivan, who has both Irish and Australian citizenship, will make her international debut in the 800m.

Europe’s best young athletes from 50 nations will be in action over the four-day competition and Ireland’s full team can be found here.

There are 14 Irish athletes involved on day one seeking progression into the latter stages of the competition.

O’Sullivan (Ballymore Cobh) competes in the 800m heat three and Molly Brown (MSB) in heat six. In the girls’ 800m there will be three rounds with the first three and three next fastest advancing to the semi-finals.

The 1500m for boys has the qualification of first four and next four fastest for the final with McPhillips (Longford) in heat one and Brian Maguire (DSD) in heat two.

Sprinters Simone Lalor (St Laurence O’Toole) goes in heat three of the girls 400m. Conor Morey (Leevale) and Israel Olatunde (Dundealgan) compete in heat two and heat three respectively in the 100m with the first three and six next fastest advancing to the semi-finals later in the evening.

Patience Jumbo Gula (St Gerard’s Dundalk) then goes in the girls’ 100m where she currently tops the rankings with the first three and three next fastest advancing to the semis.

Sarah Glennon (Mullingar Harriers) and Emily MacHugh (Naas) are in action in the 5km race walk.

In the field events, Miranda Tcheutchoua (Lusk) is the first athlete to don the green singlet. The athlete, now based in Canada, competes in group B of the hammer.

Conor Cusack (Lake District) throws in the javelin with 70.00m the automatic or 12 best performances for the final.

There is a duo also in the girls’ long jump with Sophie Meredith (St Mary’s) in Group A and Ruby Millet (St Abban’s) in Group B.

All of the action from Gyor can be watched live on Eurosport 2 and on the European Athletics website. The timetable for each day can be found here and results here.