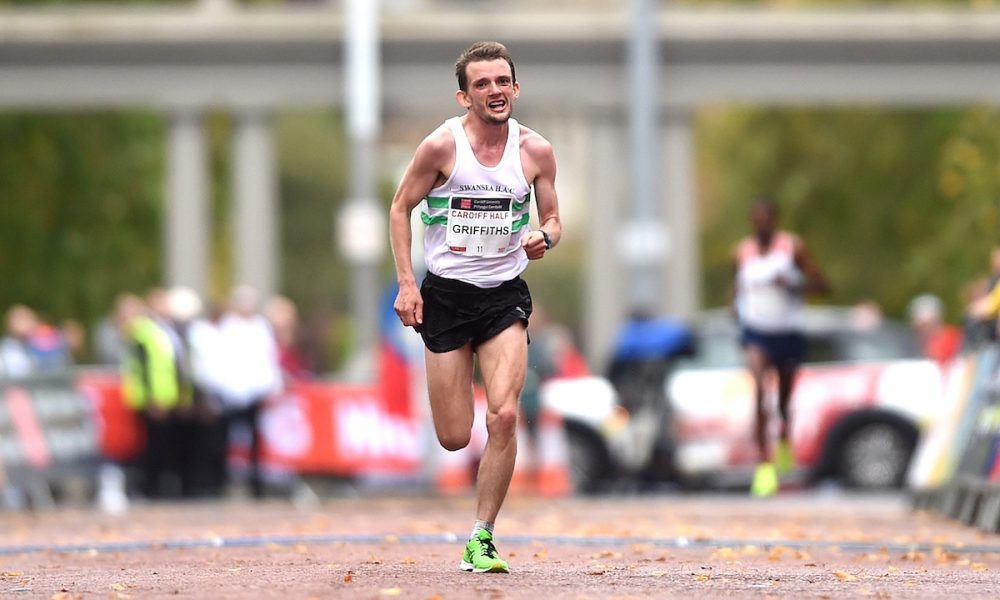 The Welsh distance runner will hit the streets of Barry on Sunday as he continues along the comeback trail.

Dewi Griffiths heads the men’s field for the inaugural Brecon Carreg Barry Island 10k on Sunday, August 5, while Elsey Davis and Rachel Felton will go head-to-head in the women’s race.

The Swansea Harrier has a 10km best of 28:42 but will use the race around the popular seaside town as another stepping stone towards full fitness following a long injury lay-off.

His first test on the comeback trail landed the Welshman a 29:41 win at the British 10k in London on the July 5.

Although not a race, he tested his legs again last weekend at parkrun running a quick 14:45 at the 5k Swansea Bay event.

Dewi Griffiths continued his comeback from injury with the fastest time at pakruns across the UK today! 👏

Sunday’s race will see the 2016 UK Inter-Counties Cross Country champion look to edge back towards the level of fitness that helped him to a 2:09 marathon on his debut in Frankfurt last year.

Cardiff AAC’s Matt Clowes, who was named in the England team this week for the Commonwealth Games Half Marathon Championships, was the runner-up at the Brecon Carreg Cardiff Bay Run in March and the victor at the JCP Swansea Half Marathon in June.

He will now look to chase Griffiths around the streets of Barry, joined by Josh Griffiths who finished second to Clowes in Swansea.

Josh rose to notoriety in 2017 following a British marathon title in London for the Swansea man and a first British call up at the 2017 IAAF World Championships at Queen Elizbeth Olympic Park.

Phil Matthews is a third Swansea Harrier looking to pick up valuable points at the final race in the 2018 Run4Wales 10km Race Series, following a top 10 placing in Cardiff.

The women’s contest will feature the race winners from both Cardiff Bay and the ABP Newport Wales 10k, with an overall series win likely to go to either Bristol & West’s Davis who took Cardiff glory or Shaftesbury Barnet’s Felton who dominated in Newport. Davis ran her lifetime best of 33:42 at the Cardiff based race and since then, the athlete coached by Commonwealth Games medallist Helen Clitheroe has run inside 34 minutes on two other occasions.