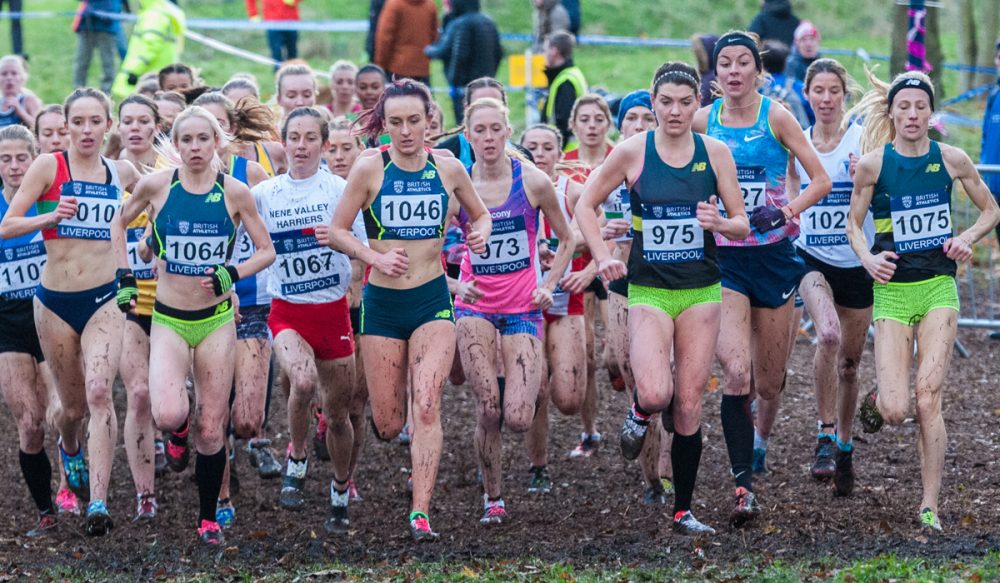 Record numbers see 576 athletes from 37 countries compete across Junior, Under-23 and Senior events. This year’s championships also sees the first edition of a mixed relay.

With fields consisting of familiar names and emerging talents, British and European fans are set to witness some exciting competition. With the phrase “horses for courses” in mind, we often see surprise results and upsets over the cross country terrain.

Last year Turkey took the individual male and female senior titles, albeit causing some controversy with their perceived manipulation of the system with a team largely consisting of African born athletes. This weekend the Turkish team again contains a large number of former Kenyan athletes, including Aras Kaya and Yasemin Can who will aim to defend their titles.

Last year the Great Britain team took a brilliant victory and this years team is just as strong featuring Olympians Andrew Butchart and Tom Lancashire, 2:09 marathoner Dewi Griffiths and the European Trials winner Ben Connor. All of the men who all have the potential to get amongst the individual medals.

Butchart, who finished fifth at the British trial in Liverpool two weeks ago said: “I was team captain in Chia last year for GB and very proud to do that and of course we came away with Senior Men’s team gold with Callum taking that bronze and myself in fourth. This time, I was fifth in the trial (at Liverpool) and there’s no way I’m happy about that!

“If the course in Slovakia turns out the way it looks and is a dry surface then I’d be really confident of doing pretty well; maybe even getting in medal contention again.”

Ben Connor, of Derby AC and Team New Balance Manchester, has the English National Cross Country title under his belt as well as personal best times of 28:23 10,000m and 13:29 5000m recorded this summer. More recently he clocked 29:20 at the Leeds Abbey Dash in the lead up to his victory in Sefton Park.

Just behind Connor at the Euro Trials were Alex Teuten (Southampton AC) and Sam Stabler (Leicester Owls) who make their British debuts this weekend. 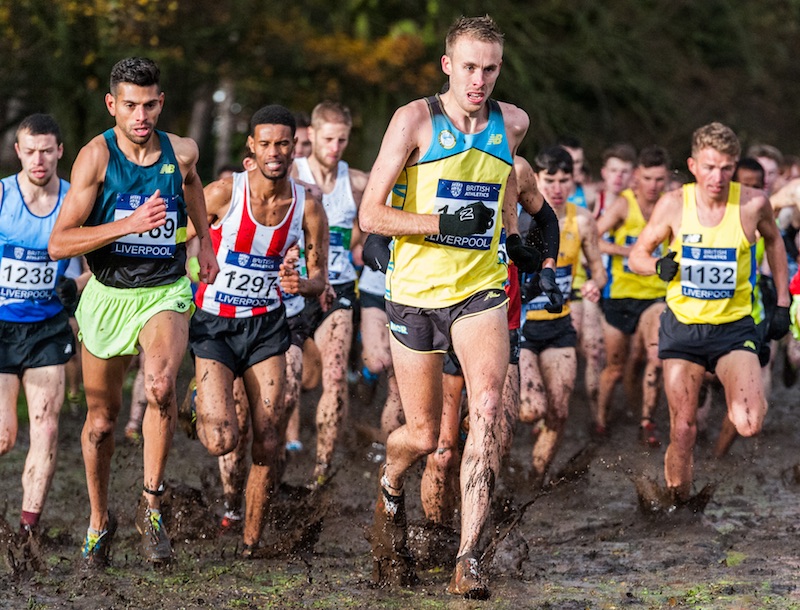 Welshman Griffiths has been in fantastic form over the last few months, even before his superb 2:09.49 marathon debut in Frankfurt, he had clocked 61:33 at Cardiff Half and been in fine form, placing second at Swansea 10km in 28:27. The Swansea Harrier went into the trial event at Liverpool with nothing to lose and finished fifth to earn his place on the team.

Tom Lancashire finished 7th at the trial, the versatile Olympic 1500m representative returns for his fourth European Cross Country Championship on Sunday, with his best Senior position being 15th in 2015. Having recently clocked a speedy 14:42 in a Saturday morning Parkrun the Bolton Harrier is returning to great form to close 2017.

Aras Kaya (who has competed for Kenya, Russia and Turkey in his career) will start as race favourite, with two-time silver medallist at the event in 2010 and 2011, Ayad Lamdassem of Spain also likely to feature high up.

Like the men, GB’s women’s team has great depth led by Gemma Steel and Euro Trials winner Emelia Gorecka. European Champion in 2014 and runner-up in 2013, Steel finished third at the trials in Liverpool but is always ready to deliver her best on the European stage. The Charnwood athlete along with Steph Twell were members of the second-placed GB team last year. 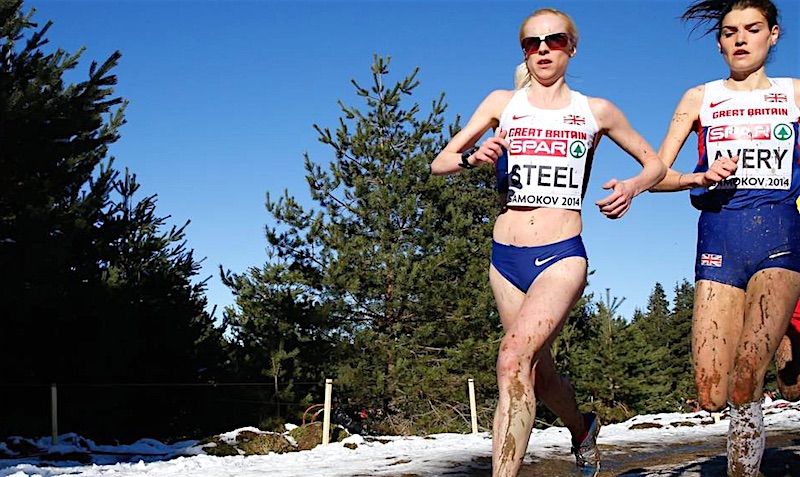 The emphatic trials winner Gorecka of Aldershot is no stranger to the big stage and in 2013 won the Junior European Cross Country Championships. She will be looking to put herself in the mix on Sunday, as will Aldershot team-mate Twell who will be competing at her ninth European Cross.

A previous Junior European Champion (2008) Twell has a senior best of fourth, narrowly missing the medals the last time the championships were held in Slovakia in 2011.

Elle Vernon of Stockport Harriers competes in her sixth championships. She is returning to form at the right time Vernon told Fast Running: “At the trial, I knew I would have to keep near to the front of the race and work my way through in the last lap of the course. My strength was apparent at this point and I ran strongly into the finish. I was over the moon to be invited to run in the championships, and aim to better my best position so far of 14th place.”

RELATED: Elle Vernon: back in the athletics spotlight

Behind Vernon at the Trials and completing the team are Aldershot’s 2:32 marathoner Lily Partridge and US-based Charlotte Taylor. Before the trials, Partridge finished eighth at Cross de Atapuerca in Spain, while Taylor has a year of personal bests including a 15.29 for 5000m.

Seven of the top eight athletes in last year’s event, again toe the line. Yasemin Can, Karoline Grovdal of Norway and Swiss athlete Fabienne Schlumpf could all be pushing the pace at the front. Former two-time champion Fionnuala McCormack from Ireland will also challenge as she competes in her 15th European Cross Country Championships.

McCormack also competed at the Cross de Atapuerca in Spain two weeks ago, finishing fifth, running in full training kit and trainers after her race spikes and kit was stolen pre-race.

The under 23 teams are particularly strong this year with 6th place finisher overall in the Senior trial Mahamed Mahamed of Southampton leading the Men’s GB and NI team. The Silver and Bronze medallists from 2016, Carlos Mayo of Spain and Italy’s Yemaneberhan Crippa, will be again lining up to contest the podium.

In the under 23 women’s race Britain will also have high hopes for a medal in the form of Jess Judd. After finishing second overall in the senior trial race at Liverpool, the World Championship 1500m representative and current Cross Challenge leader, Jess Judd could be a real medal contender in Samorin.

Last year the Charnwood athlete finished 12th and she will have fellow 1500m specialist and two time Junior European Cross Country Champion Konstanze Klosterhalfen of Germany to contend with as she steps up to the Under-23 ranks, alongside her teammate Alina Reh also of Germany.

Norway’s Jakob Ingebrigtsen, who spoke to Fast Running earlier this year about his goals, aims to retain his 2016 title. The teenage star had a fantastic season of records and PBs and competed at the Wolrd Championships in London at the age of 16.

For the British team, Ben Dijkstra of Leicester/Beacon Hill won the trial but with the top six athletes all finishing within 21 seconds of each other at Liverpool, the depth could well earn the Junior boys a step on the team podium.

Harriet Knowles Jones won the trial at Liverpool and in her last year as a Junior, the Warrington athlete will be determined to better her Bronze medal of 2016 in Chia. Khahisa Mhlanga was 14 seconds adrift of Knowles-Jones in Liverpool and could also be pushing her compatriot for the top honours.

The Swiss athlete and Junior European 3000m Champion, Delia Sclabas will arguably be the one to beat for the young Brits.

The inaugural mixed relay event sees a strong British team of Sarah McDonald, who was a 1500m semi-finalist at the World Championships, Melissa Courtney, Cameron Boyek and Tom Marshall take on four laps of the course that ranges from approximately 1500m to 1800m. Marshall was a late addition to the team replacing the injured Charlie Grice.

The quartet faces the challenge of 10 other nations, including Germany, Turkey, Spain and France.

The full British team can be found here.

BBC will broadcast live coverage in the UK via the red button and online. Coverage will begin at 7:45am.