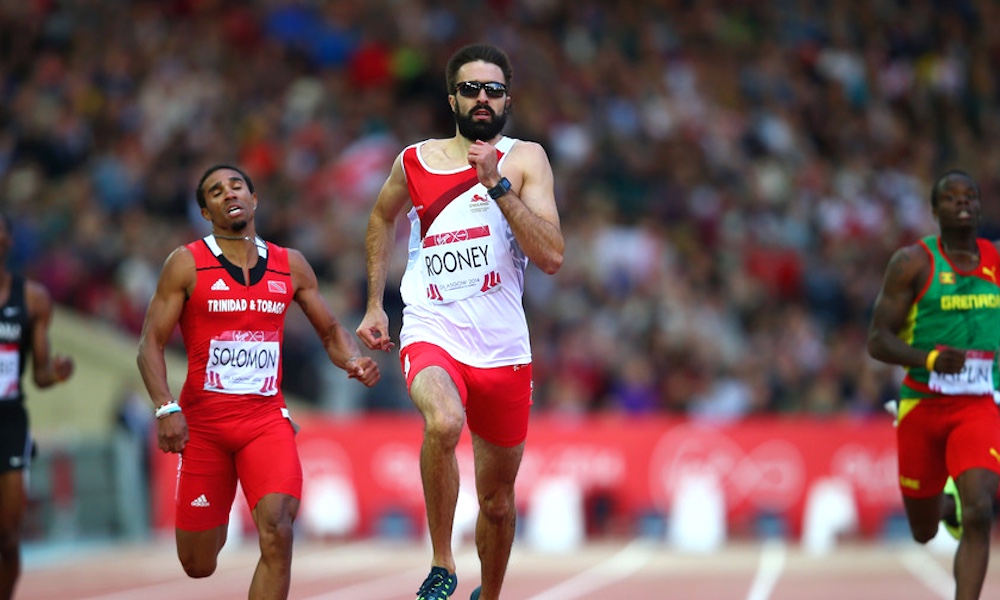 England’s Martyn Rooney confesses it will be tough to hold back the emotions if he can make it third time lucky and win a so-far-elusive Commonwealth medal on the Gold Coast.

The 31-year-old won 4x400m relay Olympic bronze in 2008 and has taken home eight medals from World and European Championships throughout his career.

But, despite representing England at the Commonwealth Games in 2006 and 2014, he is yet to step onto the podium.

Four years ago in Glasgow, Rooney was fourth in the individual 400m, and eight years previously in Melbourne, he was fifth while helping the relay squad finish fourth.

“Having the chance to represent England is something that doesn’t happen more than every four years,” says Rooney. “So to reach the podium and stand at the top of it is something every athlete dreams of.”

Though Rooney running the anchor leg for Great Britain has been a familiar sight in 4x400m relays over the past decade he is not guaranteed his place this time around.

Yet a determined Rooney has left no stone unturned in his preparations and is ready to race.

“My training has been solid. It’s very early in the season for a lot of us. But it’s nice to get the blood flowing,” he says. “There’s a great squad, here to do a job and we are excited about it, we’re in a good frame of mind.

“It’s brilliant to run for England and have the opportunity to have the lion on your top. Our team will be pretty much the same as the British 4x400m team. England produces the best athletes and it’s nice to be representing us.

“We’re just looking forward to getting out there and running as a squad.”

Those Team England athletes that do triumph Down Under will climb the podium to hear long jumper Jazmin Sawyers and 2017 Britain’s Got Talent winner Tokio Myers’ reworked version of anthem Jerusalem.

And Rooney added: “To stand on top of the podium and hear Jerusalem would be an honour.

“I think I’d be humming along rather than singing because I’m likely to start crying. It’s exciting, it’s what we aim for.”

npower is the Official Partner of Team England and is giving the athletes the power of support by recording a brand new version of their anthem, Jerusalem. To listen visit npower.com/teamengland