Cross country season across the island of Ireland 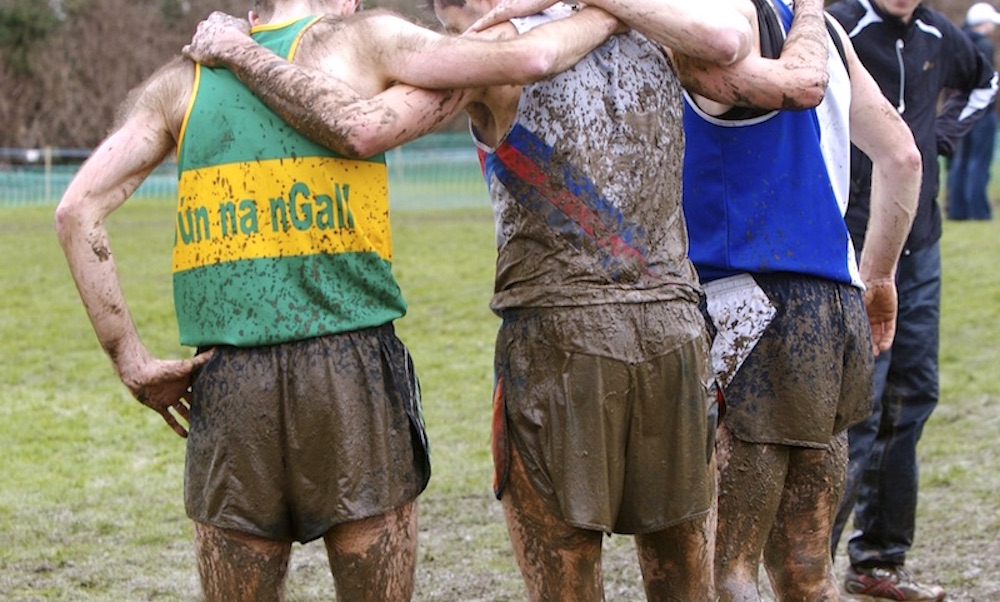 With the cross country season imminent, we look at many of the racing options available in Nothern Ireland and Ireland.

Multiple European Cross Country Champion and Kilcoole AC stalwart Fionnuala McCormack is a shining light for the sport, as is regular Irish cross country international Paul Pollock. In recent years, up and coming stars Shona Heaslip and Hugh Armstrong have shown the future is bright.

Meanwhile, after a break from the country, Northern Ireland’s 5000m and 10,000m record holder Emma Mitchell will make a welcome return this season. What’s on offer competition-wise on either side of the border for those testing their mettle on some of the toughest courses anywhere in the world?

The Athletics Northern Ireland cross country league may only be in its eighth year, but the league’s nine races offering £2500 in prize money have served to successfully encourage team participation and increase numbers competing in cross country north of the border.

The action gets underway on October 20, with the Comber Cross Country, followed by the Bobby Rea Memorial the following week at CAFRE Greenmount Campus, Antrim.

It’s then the Malcolm Cup at the start of November, before the Might Oaks fixture in Cookstown and North West Cross Country in Derry wrap up the pre Christmas action.

In the new year, Mallusk host’s the Mathieson Cup on January 13, before the Stormont Cross Country in February. The Athletics NI league concludes with the NI & Ulster Senior Cross Country on February 23 in Lurgan Park.

Meanwhile, Northern Ireland’s premier cross country meet, formerly known as the Antrim International, will now be staged at Dundonald’s Billy Neill Centre on January 19. The event, which is one of only 12 IAAF permitted cross country meets and forms part of the British Athletics Cross Challenge series, was previously staged in Greenmount, Antrim.

Younger athletes have the chance to test themselves in the popular Flahavans Porridge Athletics NI Primary School Cross Country League and the McGrady Financial Services Junior XC Series, while there is a well attended Masters Championships too.

There is, of course, an abundance of other fixtures, such as the inaugural TJ McElmeel Cup on September 29, which is hosted by Armagh AC, the club responsible for the super fast Armagh 5k road race in February.

Irish athletics writer Lindie Naughton is well versed in the country’s rich cross country racing scene, and details the huge amount of competition on offer for Irish athletes wishing to challenge themselves over the winter months. “Then there is the Leinster Championships (this year held at Cow Park in Dunboyne in Co Meath), which offers a very twisting and turning course.

“The Dublin Masters Championships – which this year attracted a record entry of exactly 400 – are held in St Anne’s Park Raheny, but because of local council restrictions, it has to take place on trails through the trees, which doesn’t offer a very traditional course as a result.

“There’s also the Autumn Open in mid-October, which incorporates the trial for the masters international. It is also a rare senior race before the national championships in late November, which are held at Abbotstown near Blanchardstown in Co Dublin, and offers up plenty of mud and rolling hills.

“For the past two or three years, however, we’ve had a combined Inter-club/Inter-county championships, and then after Christmas, everyone heads indoors!

“The schools cross country has ‘zones’ in all four provinces, a provincial championships, and then the All Irelands (taking in all 32 counties on this island) after Christmas. They get a ferocious amount of cross country between September and March!

“Finally, we also have the ‘Business Houses Athletics Association’ (www.bhaa.ie), which organises a series of winter cross country races on Saturday mornings. These used to be well supported but are now losing numbers, not helped by the popularity of parkrun. However, many people (including myself) would never have run cross country without the BHAA.”

So there’s no time like the present to get those cross country spikes on and start training for your best off-road season yet!

RELATED: A look ahead to the cross country season in England, Scotland and Wales